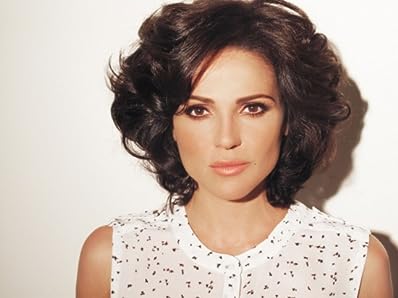 Lana Maria Parrilla (born July 15, 1977) is an American actress. Parrilla is best known for her roles on television and radio. She was a regular cast member in the fifth season of the ABC sitcom Spin City (1996) from 2000 to 2001. She later starred in Boomtown (2002-2003), Windfall (2006), Swingtown (2008) and as Doctor Eva Zambrano in the short-lived medical drama Miami Medical (2010). She also played the role of Sarah Gavin during the fourth season of the Fox series 24 in 2005. In 2011, Parrilla began starring as The Evil Queen/Regina Mills in the ABC fantasy drama series, Once Upon a Time (2011). In 2016 Parrilla won a Teen Choice Award for Choice Sci-Fi/Fantasy TV Actress. Parrilla was born in the Brooklyn borough of New York City. Her father, Sam Parrilla (1943-94), was a Puerto Rico-born baseball player who played professionally for 11 seasons (1963-73), including one season with the Major League Philadelphia Phillies in 1970 as an outfielder.In her early career, Parrilla appeared in several movies, including Very Mean Men (2000), Spiders (2000), and Frozen Stars (2003). She made her television debut in 1999, on the UPN sitcom Grown Ups. In 2000, she joined the cast of the ABC comedy series Spin City (1996), playing Angie Ordonez for one season. She left the show in 2001. After that she joined Donnie Wahlberg and Neal McDonough in the short lived crime drama Boomtown, for which she received the Imagen Award for Best Supporting Actress, for her portrayal of Teresa, a paramedic. Initially a success, Boomtown began to struggle, and Parrilla's character became a police academy rookie, to tie her more closely to the rest of the show. "Boomtown" was cancelled just two episodes into its second season.Parrilla guest-starred in a number of television dramas, including JAG (1995), Six Feet Under (2001), Covert Affairs (2010), Medium (2005), The Defenders (2010) and Chase (2010). She had a recurring role in 2004 as Officer Janet Grafton in NYPD Blue. In 2005, Parrilla took a recurring guest role on the fourth season of the Fox series 24 (2001) as Sarah Gavin, a Counter Terrorist Unit agent. After just six episodes, Lana was made a regular cast member; but in the thirteenth episode, her character was written out after she tried to thwart another character's promotion from temporary to permanent CTU head Michelle Dessler (Reiko Aylesworth).In 2006, Parrilla starred in the NBC summer series Windfall alongside Luke Perry, fellow former 24 (2001) cast member Sarah Wynter, and Parilla's former Boomtown castmate Jason Gedrick. In 2007, she guest starred as Greta during the third season of ABC's Lost in the episodes "Greatest Hits" and "Through the Looking Glass" In 2008, she had a leading role on the Lifetime movie The Double Life of Eleanor Kendall, in which she played Nellie, a divorcee whose identity has been stolen. Also in 2008, she starred in the CBS summer series Swingtown as Trina Decker, a woman who is part of a Swinging couple. In 2010, Parrilla had a female lead role in the Jerry Bruckheimer-produced Miami Medical on CBS, which had a short run towards the end of the 2009-10 television season before it was canceled in July 2010. Windfall (2006), Swingtown (2008) and Miami Medical (2010) were all canceled after 13 episodes.In February 2011, she was cast as Mayor Regina Mills/The Evil Queen, in the ABC adventure fantasy drama pilot, Once Upon a Time (2011) created by Edward Kitsis and Adam Horowitz. The series debuted in October 2011. The pilot episode was watched by 12.93 million viewers and achieved an adult 18-49 rating/share of 4.0/10 during the first season, receiving generally favorable reviews from critics.Parrilla's performance also received positive reviews from critics. In 2012 and 2013, she was regarded as a promising contender for an Emmy Award in the Outstanding Supporting Actress in a Drama Series category, though she did not receive a nomination. She won the TV Guide Award for Favorite Villain and the ALMA Award for Outstanding Actress in a Drama Series in 2012. Parrilla also received a nomination for Best Supporting Actress on Television from the 38th Saturn Awards. - IMDb Mini Biography By: ahmetkozan

Amazon Video has the most number of Lana Parrilla’s flixes, followed by Apple iTunes compared to other streaming platforms. See the full graph below.

On average the IMDB score of the movies that Lana Parrilla has worked on is 6.5.

An anthology series that follows three women in different decades all living in the same house, as they deal with infidelity and betrayals in their marriages.

Adventure,Fantasy,Romance
Once Upon a Time (2011)

A young woman with a troubled past is drawn to a small town in Maine where fairy tales are to be believed.

As America celebrates its 200th birthday, two generations of friends and neighbors in a Chicago suburb explore new freedoms and seek connections with each other in the midst of the socio/sexual revolution.

Nellie is divorced by wealthy Jack Givens because after a miscarriage even in vitro fails to overcome her infertility. She finds herself destitute as her own accounts were plundered by ...

A "tax collector" for a crime lord finds his family's safety compromised when his boss' old rival shows up in LA and upends his business.

A DNA experiment on a rare breed of spider is taking place on a NASA space shuttle, when a freak meteor shower engulfs the shuttle, causing everything to go horribly wrong.