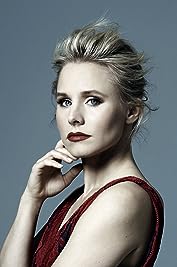 Kristen Anne Bell (born 1980) is an American actress and singer. She was born and raised in Huntington Woods, Michigan, and is the daughter of Lorelei (Frygier), a nurse, and Tom Bell, a television news director. Her ancestry is Polish (mother) and German, English, Irish, and Scottish (father). Kristen found her talent in entertainment at an early age. In 1992, she went to her first audition and won a role in Raggedy Ann and Andy. Bell's mother established her with an agent before she was 13, and she was cast in newspaper advertisements and television commercials. At this time, she also began private acting lessons. Bell had an uncredited role in the film Polish Wedding (1998) in 1998.Bell attended Shrine Catholic High School, where she took part in drama and music club. She won the starring role of Dorothy in her high school's production of The Wizard of Oz. After graduation Bell moved to New York City to attend prestigious Tisch School of the Arts, where she studied musical theater. In 2001, Bell left university to play the role of Becky in Tom Sawyer. That same year, she made her first credited debut in Pootie Tang (2001), but her scene was cut and her appearance exists only in the credit sequence. In 2002, Bell appeared in the Broadway revival of The Crucible with Liam Neeson and Angela Bettis. She then moved to Los Angeles, California, and appeared in a handful television shows as a special guest, finding trouble gaining a recurring role in a television series.In 2004, Bell appeared in the Lifetime's television film, Gracie's Choice, which received high ratings. At the age 24, Bell won the title role in Veronica Mars (2004), which started broadcasting in the fall of 2004, created by Rob Thomas. Bell starred as a seventeen-year-old detective, which put her alongside actors Enrico Colantoni who played her father, Percy Daggs III, Jason Dohring and Ryan Hansen. This series received very positive reviews, and Bell received much attention for her performance. Bell and the cast of Veronica Mars were nominated for two Teen Choice Awards.In 2005, Bell starred in Reefer Madness (2005) in the role of Mary Lane. Reefer Madness debuted on the Showtime network on April 16, 2005. The following year, Bell won the Saturn Award for 'Best Actress on Television' for her performance in Veronica Mars.In 2013, Bell voiced the main character, Princess Anna of Arendelle, in the Walt Disney Pictures animated movie, La reine des neiges (2013), which received the 'best animated feature' award at the 86th Academy Awards. She performed the songs: 'For the First Time in Forever', 'Love is an Open Door', 'Do You Want to Build a Snowman', and 'For the First Time in Forever (Reprise)'. La reine des neiges (2013), which was released on November 22, 2013, was hugely successful worldwide.On March 13, 2013, it was confirmed that a Veronica Mars (2014) movie would finally be coming to fruition. Bell and creator, Rob Thomas, launched a fund raising campaign to produce the film through Kickstarter and attained the $2 million goal in few hours. The movie was released on March 14, 2014.Bell married Dax Shepard in October, 2013. - IMDb Mini Biography By: Jaehun Han

Amazon Video has the most number of Kristen Bell’s flixes, followed by Vudu compared to other streaming platforms. See the full graph below.

On average the IMDB score of the movies that Kristen Bell has worked on is 6.5.

Documentary,Family
Into the Unknown: Making Frozen 2 (2020)

With less than a year until the world premiere of Frost 2 (2019), the filmmakers, artists, songwriters and cast open their doors to cameras for a six-part documentary series to reveal the ...

After her best friend is murdered, and her father is removed as county Sheriff, Veronica Mars dedicates her life to cracking the toughest mysteries in the affluent town of Neptune.

Four people and their otherworldly frienemy struggle in the afterlife to define what it means to be good.

A documentary series that looks to explore the big questions of today.

Animation,Documentary
The Story of Frozen: Making a Disney Animated Classic (2014)

A behind-the-scene look at the origins and evolution of the Academy Award-winning film.

Celebrities kickstart a chain of kindness by gifting $100,000 to an unsuspecting individual who must then pay it forward.

Executive producer Kristen Bell, who also appears, reunites the cast of a high school musical and asks them to perform it again years later. Each former student reprises their role from ...

In the mountains of Sichuan, China, a researcher forms a bond with Qian Qian, a panda who is about to experience nature for the first time.