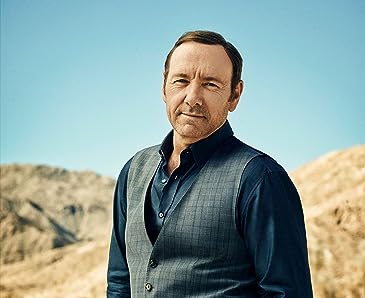 Amazon Video has the most number of Kevin Spacey’s flixes, followed by Vudu compared to other streaming platforms. See the full graph below.

On average the IMDB score of the movies that Kevin Spacey has worked on is 6.9.

A Congressman works with his equally conniving wife to exact revenge on the people who betrayed him.

A sole survivor tells of the twisty events leading up to a horrific gun battle on a boat, which began when five criminals met at a seemingly random police lineup.

A sexually frustrated suburban father has a mid-life crisis after becoming infatuated with his daughter's best friend.

As corruption grows in 1950s Los Angeles, three policemen - one strait-laced, one brutal, and one sleazy - investigate a series of murders with their own brand of justice.

Astronaut Sam Bell has a quintessentially personal encounter toward the end of his three-year stint on the Moon, where he, working alongside his computer, GERTY, sends back to Earth parcels of a resource that has helped diminish our planet's power problems.

Documentary,History
Look, Up in the Sky! The Amazing Story of Superman (2006)

The history of the comic book superhero, Superman in his various media incarnations.