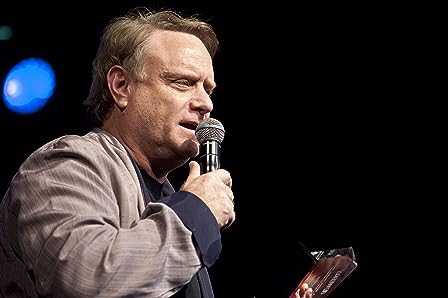 Kevin is the youngest of three. He was born in Brooklyn, New York, and spent the formative years of ages 0-3 there. His father tired of delivering milk on the icy streets of New York at 4am, so the family packed up and moved to the 'land of milk and honey'...well, Long Beach, California. Kevin then spent the less formative years of ages 4- 23 there.Kevin was an active and popular student, even serving as president of both junior high, and high school. He found his love for acting because of his involvement in high school football. It was the summer before 11th grade. To be on the JV team, summer school football was required; however, a second class was required for summer school. Well, being the eclectic sort, Kevin also took a drama class. When the summer ended, it was goodbye NFL, hello Broadway. He discovered how much he enjoyed theater, plus he was good at it. After graduating from Wilson High, Kevin ventured a good five miles east to study Theater Arts at California State University, Long Beach. Upon receiving a Bachelor of Arts in Theater, Kevin then went another 3000 miles east to train at the prestigious Asolo/FSU Conservatory in Sarasota, Florida. After two years of conservatory training, while working with a professional theater company, Kevin earned a Masters of Fine Arts in Acting and an Actor's Equity Card. Armed with both, he did what most stalwart young actors do as they enter the profession...he headed for Kansas City, Missouri! Long story short...there was a girl involved.But as it turned out, it was a great move. While fellow classmates were fighting the good fight in NYC and LA...Kevin was actually getting a bunch of professional acting work in the Midwest. He made his professional stage debut in the role of Mister MacGregor in Peter Rabbit...one of those legendary productions that people still talk about! Before fully establishing his acting career, Kevin filled the gaps with the obligatory restaurant jobs. Yes...he had always wanted to be a bartender in Kansas City...and here he was...doing it. But with a few upcoming theater contracts signed, Kevin rolled the dice and quit the food service industry in 1988. He has been blessed to support himself as an actor ever since. With work on stage, in films, commercials and voice over, Kevin established himself as a full time working actor in Kansas City, of all places!But Hollywood soon called. He did a play with Charlie Brill & Mitzi McCall in KC. After they returned to Los Angeles, they asked Kevin to come out west to do a play with them...he was soon signed by a major Los Angeles agent...and lo & behold found himself living once again in Southern California...much to his family's delight!Since moving to Los Angeles in the early 90's, Kevin has continued his theater work in the active small theater world of Los Angeles. Kevin is probably most familiar to audiences for his numerous television appearances. His credits include recurring, guest-starring, and co-starring roles on about 80 television shows. In addition, he has had several leads in made-for-television movies. Feature film-wise; Kevin has had lead roles in many independent/low budget movies, and smaller roles in major studio films. Please check out the resume for specifics. Kevin's face and voice are also familiar from his work in a several hundred TV & radio commercials. Among them a Super Bowl commercial for Career Builder in 2008.In his spare time Kevin enjoys playing with his long-time softball team, the occasional game of golf...and spending time wining & dining with friends and family. He enjoys doing volunteer work, and he is active in his church's drama department.Most importantly, he is so very happy to be married to his favorite landscape architect, Pam, and step-father to Lauren. - IMDb Mini Biography By: Jennifer Hendrick

Hoopla has the most number of Kevin Brief’s flixes, followed by DIRECTV compared to other streaming platforms. See the full graph below.

On average the IMDB score of the movies that Kevin Brief has worked on is 7.5.

In this animated series, Warren Buffett acts as a mentor to a group of kids who have international adventures in business....and meet some very interesting guest stars along the way ...