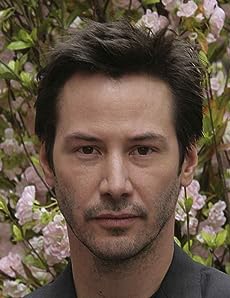 Keanu Charles Reeves, whose first name means "cool breeze over the mountains" in Hawaiian, was born September 2, 1964 in Beirut, Lebanon. He is the son of Patricia Taylor, a showgirl and costume designer, and Samuel Nowlin Reeves, a geologist. Keanu's father was born in Hawaii, of British, Portuguese, Native Hawaiian, and Chinese ancestry, and Keanu's mother is originally from England. After his parents' marriage dissolved, Keanu moved with his mother and younger sister, Kim Reeves, to New York City, then Toronto. Stepfather #1 was Paul Aaron, a stage and film director - he and Patricia divorced within a year, after which she went on to marry (and divorce) rock promoter Robert Miller and hair salon owner Jack Bond. Reeves never reconnected with his biological father. In high school, Reeves was lukewarm toward academics but took a keen interest in ice hockey (as team goalie, he earned the nickname "The Wall") and drama. He eventually dropped out of school to pursue an acting career.After a few stage gigs and a handful of made-for-TV movies, he scored a supporting role in the Rob Lowe hockey flick Friss vér (1986), which was filmed in Canada. Shortly after the production wrapped, Reeves packed his bags and headed for Hollywood. Reeves popped up on critics' radar with his performance in the dark adolescent drama, Féktelen folyó (1986), and landed a supporting role in the Oscar-nominated Veszedelmes viszonyok (1988) with director Stephen Frears.His first popular success was the role of totally rad dude Ted "Theodore" Logan in Bill és Ted zseniális kalandja (1989). The wacky time-travel movie became something of a cultural phenomenon, and audiences would forever confuse Reeves's real-life persona with that of his doofy on-screen counterpart. He then joined the casts of Ron Howard's comedy, Vásott szülők (1989) and Lawrence Kasdan's Szeretlek holtodiglan (1990).Over the next few years, Reeves tried to shake the Ted stigma with a series of highbrow projects. He played a slumming rich boy opposite River Phoenix's narcoleptic male hustler in Otthonom, Idaho (1991), an unlucky lawyer who stumbles into the vampire's lair in Drakula (1992), and Shakespearean party-pooper Don John in Sok hűhó semmiért (1993).In 1994, the understated actor became a big-budget action star with the release of Féktelenül (1994). Its success heralded an era of five years in which Reeves would alternate between small films, like Féktelen Minnesota (1996) and Szerelem utolsó vérig (1997), and big films like Pár lépés a mennyország (1995) and Az ördög ügyvédje (1997). (There were a couple misfires, too: Johnny Mnemonic - A jövő szökevénye (1995) and Láncreakció (1996).) After all this, Reeves did the unthinkable and passed on the Speed sequel, but he struck box-office gold again a few years later with the Wachowski siblings' cyberadventure, Mátrix (1999).Now a bonafide box-office star, Keanu would appear in a string of smaller films -- among them A cserecsapat (2000), A leskelődő (2000), Rossz álmok (2000), Édes november (2001), and Aranytartalék (2001) - before Mátrix - Újratöltve (2003) and Mátrix - Forradalmak (2003) were both released in 2003.Since the end of The Matrix trilogy, Keanu has divided his time between mainstream and indie fare, landing hits with Minden végzet nehéz (2003), Ház a tónál (2006), and Az utca királyai (2008). He's kept Matrix fans satiated with films such as Constantine - A démonvadász (2005), Kamera által homályosan (2006), and Amikor megállt a Föld (2008). And he's waded back into art-house territory with Ellie Parker (2005), Ujj-függő (2005), Pippa Lee négy élete (2009), and Szív/rablók (2010).Most recently, as post-production on the samurai epic 47 ronin (2013) waged on, Keanu appeared in front of the camera in Side by Side (2012), a documentary on celluloid and digital filmmaking, which he also produced. He also directed another Asian-influenced project, A Tai Chi harcosa (2013).In 2014, Keanu played the title role in the action revenge film John Wick (2014), which became popular with critics and audiences alike. He reprised the role in John Wick: 2. felvonás (2017), taking the now-iconic character to a better opening weekend and even more enthusiastic reviews than the first go-around. - IMDb Mini Biography By: Anonymous

Amazon Video has the most number of Keanu Reeves’s flixes, followed by Google Play Movies compared to other streaming platforms. See the full graph below.

On average the IMDB score of the movies that Keanu Reeves has worked on is 6.6.

A computer hacker learns from mysterious rebels about the true nature of his reality and his role in the war against its controllers.

The documentary investigates the history, process and workflow of both digital and photochemical film creation.

An exceptionally adept Florida lawyer is offered a job at a high-end New York City law firm with a high-end boss - the biggest opportunity of his career to date.

John Wick is on the run after killing a member of the international assassins' guild, and with a $14 million price tag on his head, he is the target of hit men and women everywhere.

After returning to the criminal underworld to repay a debt, John Wick discovers that a large bounty has been put on his life.

An ex-hit-man comes out of retirement to track down the gangsters that killed his dog and took everything from him.

A young police officer must prevent a bomb exploding aboard a city bus by keeping its speed above 50 mph.