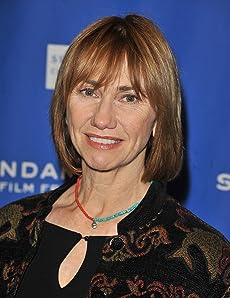 For someone who has made an award-winning impact in all three mediums (stage, film and TV), actress Kathy Baker has been strangely denied all-out stardom, yet continues to demonstrate her versatility in whatever material comes her way.The comely blonde was born Katherine Whitton Baker in Midland, Texas, to Helene Andree Baker (nee Whitton) and John Seawand Baker, a geologist and educator who taught at both Princeton and the University of Paris. Raised in New Mexico, she first took to the stage at age 10. Influenced by her French-born mother, Kathy attended the University of California at Berkeley and received her Bachelor of Arts degree in French in 1977, then went to Paris to study haute cuisine at the famed Cordon Bleu. She returned to the States to work as a pastry chef, but discovered that she still wanted to act and eventually joined San Francisco's Magic Theatre, where she appeared in the play "The Man Who Killed the Buddha." Her performance drew the immediate attention of playwright Sam Shepard.1983 was a banner year for Kathy. At the Magic Theatre, wherein she used the stage name of Kathy Whitton Baker, Shepard cast her in a leading role in one of his new plays, "Fool for Love." The premiere garnered exceptional notices and the play (and Kathy) went to New York. She and co-star Ed Harris, won 1984 Obie Awards for their rich performances, as did playwright Shepard for directing. The production itself won the Obie for "Best New American Play." That same year Kathy made a strong movie debut co-starring in Der Stoff aus dem die Helden sind (1983) as the wife of astronaut Alan Shepard (played by Scott Glenn).Displaying an attractive intelligence in her performances, Kathy continued to make strides on the New York stage both in 1984's "Desire Under the Elms" and as a replacement for the Lemon character in the Obie-winning "Aunt Dan and Lemon" at Joseph Papp's Shakespeare Festival in 1986. Later in the decade, both Kathy and Morgan Freeman stole the thunder right from under star Christopher Reeve in the tense film drama Glitzernder Asphalt (1987) with Kathy delivering a grim, heartfelt performance as an ill-fated hooker to Freeman's feral pimp. Both perfs delivered a one-two punch and were applauded for their shocking realism. Each received their share of awards and plaudits; Kathy nabbed both the National Society of Critics and Boston Society of Critics awards, but was shamefully snubbed when it came to the Oscar race (Freeman was nominated, but lost).Throughout the rest of the decade Kathy continued to give spot-on performances in such quality films as Süchtig (1988), as a recovering addict; The Last Song (1988), as a wife whose son commits suicide; Jacknife - Vom Leben betrogen (1989), in which she was reunited with Ed Harris as the put-upon, plain-Jane sister of an alcoholic Vietnam vet; and Edward mit den Scherenhänden (1990) as a seemingly model housewife who has an uncontrollably flirtatious nature. Top-flight stardom seemed to be almost a given.With the new decade, however, the movie roles tendered out to her became less frequent or noteworthy so Kathy decided to focus outside her medium of choice and actively search for TV roles. The results were customarily expert. In the slightly quirky Picket Fences: Tatort Gartenzaun (1992), Kathy found a perfect fit taking on the role of small town mother and doctor Jill Brock. Running for four seasons, she was nominated for an Emmy each year and took home the trophy three of those four times for "Outstanding Lead Actress in a Drama Series".Into the millennium Kathy has maintained consistency with quality roles in the more recent releases Unterwegs nach Cold Mountain (2003) and Der Jane Austen Club (2007). On TV she and Helen Mirren picked up supporting Emmy nods in the bittersweet Von Tür zu Tür (2002), with Emmy-winning William H. Macy starring as a man with cerebral palsy. In 2001 she joined the cast of Boston Public (2000) as a manipulative mom (another Emmy nomination). Some of those episodes were directed by Steven Robman, whom she married in June of 2003. Kathy has two sons from a previous marriage. - IMDb Mini Biography By: Gary Brumburgh / gr-home@pacbell.net

Amazon Video has the most number of Kathy Baker’s flixes, followed by Vudu compared to other streaming platforms. See the full graph below.

On average the IMDB score of the movies that Kathy Baker has worked on is 6.5.

Follows two delusional brothers, who are self-proclaimed filmmakers, as they are kicked out of their parent's house and end up on an epic cinematic journey.

A man with cerebral palsy is determined to become a salesman.

An aging Sheriff tries to keep the peace in Rome, Wisconsin, a small town plagued by bizarre and violent crimes.

Drama,Romance
A Season for Miracles (1999)

A miracle occurs for a homeless family consisting of two children neglected by their incarcerated mother and their protective aunt who is trying to keep them out of the foster system with the help of an angel.

The son of a Colorado rancher returns home from a semi-pro football career to run the family business.

Drama,Fantasy,Romance
The Age of Adaline (2015)

A young woman, born at the turn of the 20th century, is rendered ageless after an accident. After many solitary years, she meets a man who complicates the eternal life she has settled into.

Police Chief Jesse Stone's suspended in Paradise. He helps a friend as "temp" with a serial killer in Boston. He gets his first cellphone to avoid calls from his ex. Paradise PD's way over it's head with a convenience store robbery/murder.