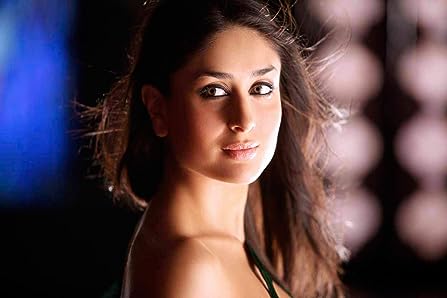 Kareena was born to Sindhi-speaking Babita (nee Shivdasani) and Punjabi-speaking Randhir Kapoor in Bombay, India. She has an elder sister, Karisma.She is born in a family that have been actors for generations, including her paternal great-grandfather, Prithviraj Kapoor; her grandfather, Raj Kapoor; her paternal uncles, Shammi, Shashi, Rishi, and Rajiv; as well as aunt, Neetu Singh, & Jennifer Kendall, the wives of Rishi and Shashi respectively. On her maternal side, her grandfather, Hari Shivdasani, and aunt, Sadhana, have been actors in their own rights.As a child she studied in Jamnabai Narsee School in Juhu, Bombay, and thereafter was enrolled in Dehra Dun's prestigious Welham Girls' Boarding School. Then she re-located to Harvard for approximately 3 months to take a course in information technology and microcomputers. Upon her return to India, she joined the Government Law College in Churchgate, Bombay, but left it after one year, to enroll in the Kishore Namit Kapoor Acting School.Her film debut was in the year 2000 with Refugee (2000) along with the debut of Amitabh Bachchan's son, Abhishek. She went on to appear in 31 other Hindi movies, and has thus far won four awards for her performances in Refugee (2000), Chameli (2003), Dev (2004), and Omkara (2006).She is one of the most sought-after actresses in Bollywood, considered bankable, with an enviable A-listing and as of June 2007 is to appear in 'Tashan', 'Lajjo', 'Kismat Talkies' amongst others.In 2012, she married actor Saif Ali Khan, son of actress Sharmila Tagore. - IMDb Mini Biography By: rAjOo

Amazon Video has the most number of Kareena Kapoor’s flixes, followed by Netflix compared to other streaming platforms. See the full graph below.

On average the IMDB score of the movies that Kareena Kapoor has worked on is 5.7.

An Indian man with a magnanimous heart takes a young mute Pakistani girl back to her homeland to reunite her with her family.

A politically-minded enforcer's misguided trust in his lieutenant leads him to suspect his wife of infidelity in this adaptation of Shakespeare's 'Othello'.

A depressed wealthy businessman finds his life changing after he meets a spunky and care-free young woman.

A story that revolves around drug abuse in the affluent north Indian State of Punjab and how the youth there have succumbed to it en-masse resulting in a socio-economic decline.

When his daughter decides to further her studies in London, a hardworking Rajasthani businessman does everything in power to make her dreams come true.

Inspector Surjan Shekhawat, who is dealing with a depressing past, has to investigate a high profile murder case, deal with his crumbling marriage and use the help and solace of a prostitute by the name of Rosie.

A grief-stricken man takes the law into his own hands when he begins to kidnap and murder corrupt public servants.

A man and woman from feuding families each pretend to fall in love, as part of a revenge plot. Chaos ensues when their fake romance becomes a reality.