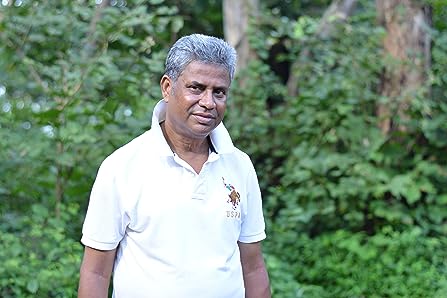 Kali Prasad Mukherjee was born and brought up in a Bengali family in Jamshedpur, a district in the Indian state of Jharkhand. After completing his education and a brief stint with local theater groups, he moved to Delhi to pursue a career in the art he was most passionate about, acting. There he joined Shri Ram Center for Performing Arts, New Delhi, a Theater Repertory as a professional actor from 1989 to 1994. During this period, he worked with eminent directors such as Late/Habib Tanvir, Fritz Bennewitz, B.V. Karanth, Shri/ Bansi Kaul, Ranjit Kapoor, Anamika Haksar, C.R. Jambe, Feisal Alkazi, Rajinder Nath, Sanjay Upadhyay to name a few. He featured in pivotal roles in major plays such as 'Jis Lahore Nahin Dekhya Woh Janmya Nahin', 'Dakghar', 'Bhogi Yogi', 'Bargad', 'Babuji', 'Chanakya Prapanch', 'Company Ustaad', 'The Tempest', 'Janpat Kiss', 'Chekov ki Duniya', 'Uchchakon ka Chorus', 'Gadhe ki Baraat' and so on. After completing six years in Shri Ram Theater Repertory, the actor went on to feature in many teleplays and short series for Doordarshan in New Delhi. Mukherjee later shifted to Mumbai where he joined mainstream Hindi Cinema and television where he featured in strong character roles in numerous projects. The actor has worked with many talented movie directors such as Neeraj Pandey, Anurag Basu, Ram Gopal Verma, Kabir Kaushik, Pradeep Sarkar, Nikhil Allug to name a few. He has featured in hit films like 'A Wednesday', 'M.S. Dhoni: The Untold Story', 'Sehar', 'Agyaat', 'Kanaa', 'Shehjar', 'Lafangey Parindey'. The actor has been a prominent face in several Indian Television shows mainly for Balaji Telefilms and other popular production houses. Kali Prasad Mukherjee has featured in numerous episodic stories for famous shows such as 'Rishtey', 'Saturday Suspense', 'X-Zone' and 'Best Sellers'. - IMDb Mini Biography By: Kali Prasad Mukherjee

Amazon Video has the most number of Kali Prasad Mukherjee’s flixes, followed by Amazon Prime Video compared to other streaming platforms. See the full graph below.

On average the IMDB score of the movies that Kali Prasad Mukherjee has worked on is 6.3.

This series just asks one question - how far will you go to protect the one you love. Two desperate and driven men must engage in the ultimate cat and mouse game to save the one they love.

A young Kashmiri Couple with their two teenage sons travel from Kashmir to Mumbai for a brief stay. Slowly the families interaction in the new surroundings put their relations to test leading to unexpected consequences and revelations.