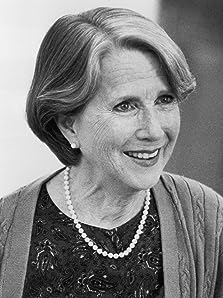 Amazon Video has the most number of Julie Harris’s flixes, followed by Vudu compared to other streaming platforms. See the full graph below.

On average the IMDB score of the movies that Julie Harris has worked on is 6.9.

A comprehensive survey of the American Civil War.

Biography,Drama
The Belle of Amherst (1976)

Portrait of 19th century American poet Emily Dickinson based on her poems, letters and notes. This is a taped broadcast of a live one-woman performance.

A biography of the life and work of the American architect.

After the assassination of U.S. President Abraham Lincoln in 1865, his widow Mary Todd Lincoln's life becomes more difficult at every turn.

This documentary chronicles the world-famous Brooklyn Bridge in New York City. The difficult construction process is described in interesting detail; later parts of the film interview ...

During WW2, a Dutch family caught hiding Jews is sent to a concentration camp where their Christian faith helps them endure the hardships.

Born in Mexico, he became the main family provider when his father died in an accident. So began the story of a man who had a "thousand jobs" before acting in a film of Cecil B. DeMille - ...

A profile of the life of actor Walter Matthau.