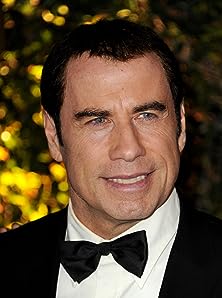 Amazon Video has the most number of John Travolta’s flixes, followed by Google Play Movies compared to other streaming platforms. See the full graph below.

On average the IMDB score of the movies that John Travolta has worked on is 5.9.

An examination of the Oscar-winning director who brought to life some of cinema's most beloved motion pictures.

A movie sound recordist accidentally records the evidence that proves that a car accident was actually murder and consequently finds himself in danger.

Carrie White, a shy, friendless teenage girl who is sheltered by her domineering, religious mother, unleashes her telekinetic powers after being humiliated by her classmates at her senior prom.

In order to foil a terrorist plot, an FBI agent undergoes facial transplant surgery and assumes the identity of a criminal mastermind, who murdered his only son. The plan turns sour when the criminal wakes up prematurely and seeks revenge.

Good girl Sandy Olsson (Olivia Newton-John) and greaser Danny Zuko (John Travolta) fell in love over the summer. When they unexpectedly discover they're now in the same high school, will they be able to rekindle their romance?

A compassionate teacher returns to his inner city high school of his youth to teach a new generation of trouble making kids.