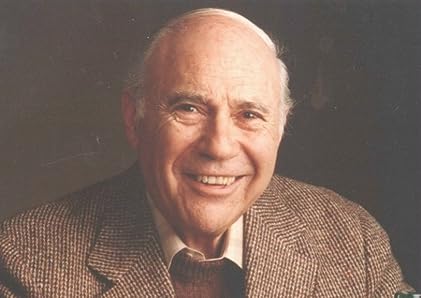 Veteran performer John Randolph was a Tony Award-winning character actor whose union and social activism in the '40s and '50s caused him to be blacklisted during the McCarthy era. The balding performer may not have been a household name, but he was a regular face in movies and TV for over four decades.Randolph was born Emanuel Cohen in New York City, New York, to Jewish immigrants from Romania and Russia, Dorothy (Shorr), an insurance agent, and Louis Cohen, a hat manufacturer. When his father died and his mother remarried, his stepfather, Joseph Lippman, renamed him Mortimer. He began his dramatic training in the '30s, studying under Stella Adler and changing his name to the less ethnic moniker of "John Randolph". He served in the Army Air Force during WWII and married actress Sarah Cunningham in Chicago in 1945 while performing in Orson Welles's stage production of "Native Son". They had two children, Martha and Harrison. After the war, Randolph become one of the original members of the Actors Studio. After making his film debut with The Naked City (1948), his passionate, outspoken leftist views and defense of other accused figures led to Randolph and his wife being blacklisted. In 1955, they were both called before the House Un-American Activities Committee and pleaded the Fifth Amendment. Although Randolph lost many jobs during this 15-year blacklist, he continued to find work onstage, mainly in New York. Finally, director John Frankenheimer broke the Hollywood blacklist after casting Randolph, along with fellow "marked" actors Will Geer and Jeff Corey, in Seconds (1966), in which he played a disillusioned older man surgically made to look decades younger (now played by Rock Hudson). Randolph continued to flourish in films and TV following this breakthrough with important roles in Serpico (1973), Frances (1982), Prizzi's Honor (1985) and You've Got Mail (1998), along with the TV movies The Missiles of October (1974) and "Lincoln" (1975) (mini). He also played the recurring role of Roseanne Barr's father on her popular sitcom. In 1987, he was the recipient of both Tony and Drama Desk awards for his close-to-home portrayal of a Communist, left-wing grandfather in Neil Simon's "Broadway Bound". Randolph continued his activism into the 1980s, heading the Council of American-Soviet Friendship, a cultural exchange organization. He died of natural causes at age 88. - IMDb Mini Biography By: Gary Brumburgh / gr-home@pacbell.net

Amazon Video has the most number of John Randolph’s flixes, followed by undefined compared to other streaming platforms. See the full graph below.

On average the IMDB score of the movies that John Randolph has worked on is 6.9.

An honest New York cop named Frank Serpico blows the whistle on rampant corruption in the force only to have his comrades turn against him.

A petroleum exploration expedition comes to an isolated island and encounters a colossal giant gorilla.

After a horrific shooting incident, a small town votes to allow a mass arming of the citizenry.