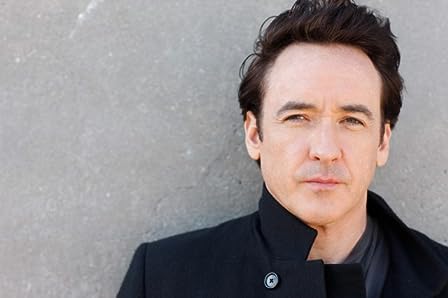 John Cusack is, like most of his characters, an unconventional hero. Wary of fame and repelled by formulaic Hollywood fare, he has built a successful career playing underdogs and odd men out--all the while avoiding the media spotlight. John was born in Evanston, Illinois, to an Irish-American family. With the exception of mom Nancy (née Carolan), a former math teacher, the Cusack clan is all show business: father Dick Cusack was an actor and filmmaker, and John's siblings Joan Cusack, Ann Cusack, Bill Cusack and Susie Cusack are all thespians by trade. Like his brother and sisters, John became a member of Chicago's Piven Theatre Workshop while he was still in elementary school. By age 12, he already had several stage productions, commercial voice overs and industrial films under his belt. He made his feature film debut at 17, acting alongside Rob Lowe and Andrew McCarthy in the romantic comedy Én és a te anyád (1983). His next role, as a member of Anthony Michael Hall's geek brigade in Tizenhat szál gyertya (1984), put him on track to becoming a teen-flick fixture. Cusack remained on the periphery of the Brat Pack, sidestepping the meteoric rise and fall of most of his contemporaries, but he stayed busy with leads in films like Tuti dolog (1985) and Jobb, ha hulla vagy (1985). Young Cusack is probably best remembered for what could be considered his last adolescent role: the stereo-blaring romantic Lloyd Dobler in Mondhatsz bármit (1989). A year later, he hit theaters as a grown-up, playing a bush-league con man caught between his manipulative mother and headstrong girlfriend in Svindlerek (1990).The next few years were relatively quiet for the actor, but he filled in the gaps with off-screen projects. He directed and produced several shows for the Chicago-based theater group The New Criminals, which he founded in 1988 (modeling it after Tim Robbins' Actors' Gang in Los Angeles) to promote political and avant-garde stage work. Four years later, Cusack's high school friends Steve Pink and D.V. DeVincentis joined him in starting a sister company for film, New Crime Productions. New Crime's first feature was the sharply written comedy Otthon, véres otthon (1997), which touched off a career renaissance for Cusack. In addition to co-scripting, he starred as a world-weary hit man who goes home for his ten-year high school reunion and tries to rekindle a romance with the girl he stood up on prom night (Minnie Driver). In an instance of life imitating art, Cusack actually did go home for his ten-year reunion (to honor a bet about the film's financing) and ended up in a real-life romance with Driver. Cusack's next appearance was as a federal agent (or, as he described it, "the first post-Heston, non-biblical action star in sandals") in Con Air - A fegyencjárat (1997), a movie he chose because he felt it was time to make smart business decisions. He followed that with Clint Eastwood's Éjfél a jó és a rossz kertjében (1997), in which he played a Yankee reporter entangled in a Savannah murder case.Cusack has always favored offbeat material, so it was no surprise when he turned up in the fiercely original A John Malkovich menet (1999). Long-haired, bearded and bespectacled, he was almost unrecognizable in the role of a frustrated puppeteer who stumbles across a portal into the brain of actor John Malkovich. The convincing performance won him a Best Actor nomination at the Independent Spirit Awards. In 2000, Cusack was back to his clean-shaven self in Pop, csajok satöbbi (2000), another New Crime production. He worked with Steve Pink and D.V. DeVincentis to adapt Nick Hornby's popular novel (relocating the story to their native Chicago), then starred as the sarcastic record store owner who revisits his "Top 5" breakups to find out why he's so unlucky in love. The real Cusack has been romantically linked with several celebs, including Driver, Alison Eastwood, Claire Forlani and Neve Campbell. He's also something of a family man, acting frequently opposite sister Joan Cusack and pulling other Cusacks into his films on a regular basis. He seems pleased with the spate of projects on his horizon, but admits that he still hasn't reached his ultimate goal: to be involved in a "great piece of art". - IMDb Mini Biography By: IMDb Editors

Amazon Video has the most number of John Cusack’s flixes, followed by Vudu compared to other streaming platforms. See the full graph below.

On average the IMDB score of the movies that John Cusack has worked on is 6.3.

A puppeteer discovers a portal that leads literally into the head of movie star John Malkovich.

A look at the disastrous effects a rain flood has on a termite community.

Rob, a record store owner and compulsive list maker, recounts his top five breakups, including the one in progress.

Stranded at a desolate Nevada motel during a nasty rain storm, ten strangers become acquainted with each other when they realize that they're being killed off one by one.

Martin Blank is a professional assassin. He is sent on a mission to a small Detroit suburb, Grosse Pointe, and, by coincidence, his ten-year high school reunion party is taking place there at the same time.

A noble underachiever and a beautiful valedictorian fall in love the summer before she goes off to college.

As Cecil Gaines serves eight presidents during his tenure as a butler at the White House, the civil rights movement, Vietnam, and other major events affect this man's life, family, and American society.