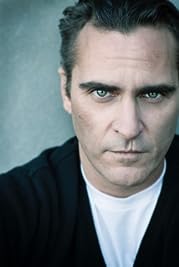 Joaquin Phoenix was born Joaquin Rafael Bottom in San Juan, Puerto Rico, to Arlyn (Dunetz) and John Bottom, and is the middle child in a brood of five. His parents, from the continental United States, were then serving as Children of God missionaries. His mother is from a Jewish family from New York, while his father, from California, is of mostly British Isles descent. As a youngster, Joaquin took his cues from older siblings River Phoenix and Rain Phoenix, changing his name to Leaf to match their earthier monikers. When the children were encouraged to develop their creative instincts, he followed their lead into acting. Younger sisters Liberty Phoenix and Summer Phoenix rounded out the talented troupe.The family moved often, traveling through Central and South America (and adopting the surname "Phoenix" to celebrate their new beginnings) but, by the time Joaquin was age 6, they had more or less settled in the Los Angeles area. Arlyn found work as a secretary at NBC, and John turned his talents to landscaping. They eventually found an agent who was willing to represent all five children, and the younger generation dove into television work. Commercials for meat, milk, and junk food were off-limits (the kids were all raised as strict vegans), but they managed to find plenty of work pushing other, less sinister products. Joaquin's first real acting gig was a guest appearance on River's sitcom, Seven Brides for Seven Brothers (1982).He worked with his brother again on the afterschool special ABC Afterschool Specials: Backwards: The Riddle of Dyslexia (1984), then struck out on his own in other made-for-TV productions. He made his big-screen debut as the youngest crew member in the interstellar romp Cap sur les étoiles (1986), then won his first starring turn in the Cold War-era drama Russkies (1987). In the late '80s, the Phoenix clan decided to pull up stakes and relocate again--this time to Florida. River's film career had enough momentum to sustain the move, but Joaquin wasn't sure what lay in store for him in the Sunshine State. As it happened, Universal Pictures had just opened a new studio in the area and he was cast almost immediately as an angst-ridden adolescent in Portrait craché d'une famille modèle (1989). His performance was very well-received, but Joaquin decided to withdraw from acting for a while--he was frustrated with the dearth of interesting roles for actors his age, and he wanted to see more of the world.His parents were in the process of separating, so he struck out for Mexico with his father. Joaquin returned to the public eye three years later under tragic circumstances. On October 31, 1993, he was at The Viper Room (a Los Angeles nightclub partly-owned by Johnny Depp) when his brother River collapsed from a drug overdose and later died. Joaquin made the call to 911, which was rebroadcast on radio and television the world over. Months later, at the insistence of friends and colleagues, Joaquin began reading through scripts again, but he was reluctant to re-enter the acting life until he found just the right part. He finally signed up to work with Gus Van Sant (who had directed River in My Own Private Idaho (1991) and Even Cowgirls Get the Blues (1993)) to star as Nicole Kidman's obsessive devotee in Prête à tout (1995). The performance made Joaquin (who had dropped Leaf and reverted to his birth name) a critics' darling in his own right.His follow-up turn in Les années rebelles (1997) scored more critical kudos and, perhaps more importantly, introduced him to his one-time fiancée Liv Tyler. (The pair dated for almost three years.) He returned to the big screen later that year with a supporting role in Oliver Stone's U Turn - Ici commence l'enfer (1997), then played a locked-up drug scapegoat in Loin du paradis (1998). He and "Paradise" co-star Vince Vaughn re-teamed almost immediately for the small-town murder caper Clay Pigeons (1998), which Joaquin followed with a turn as a porn store clerk in 8 mm (1999). The film that confirmed Phoenix as a star was the historical epic Gladiator (2000). The Roman epic cast him as the selfish, paranoid young emperor Commodus opposite Russell Crowe's swarthy hero. Determined to make his character as real as possible, Phoenix gained weight and cultivated a pasty complexion during the shoot. He received international attention and an Academy Award nomination for Best Supporting Actor for that role.Later that year, he appeared in two indies, playing a dock worker in The Yards (2000) (which he counts among his favorite experiences--and one of the only films of his that he can sit through) and the priest in charge of the Marquis de Sade's asylum in Quills, la plume et le sang (2000). He received an Academy Award nomination for Best Actor as the legendary musician Johnny Cash in the biography Walk the Line (2005). He also recorded an album, the film's soundtrack, for which he received the Grammy Award for Best Compilation Soundtrack for Visual Media. - IMDb Mini Biography By: IMDb Editors

Amazon Video has the most number of Joaquin Phoenix’s flixes, followed by Vudu compared to other streaming platforms. See the full graph below.

On average the IMDB score of the movies that Joaquin Phoenix has worked on is 6.9.

A former Roman General sets out to exact vengeance against the corrupt emperor who murdered his family and sent him into slavery.

In Gotham City, mentally troubled comedian Arthur Fleck is disregarded and mistreated by society. He then embarks on a downward spiral of revolution and bloody crime. This path brings him face-to-face with his alter-ego: the Joker.

Paul Rusesabagina was a hotel manager who housed over a thousand Tutsi refugees during their struggle against the Hutu militia in Rwanda.

In a near future, a lonely writer develops an unlikely relationship with an operating system designed to meet his every need.

The story of Vivian Liberto, Johnny Cash's first wife and the mother of his four daughters.

In a Napoleonic era insane asylum, an inmate, the irrepressible Marquis De Sade, fights a battle of wills against a tyrannically prudish doctor.

A Naval veteran arrives home from war unsettled and uncertain of his future - until he is tantalized by the Cause and its charismatic leader.