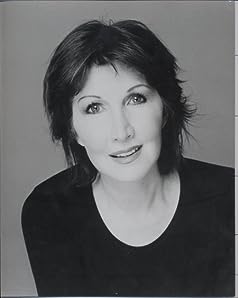 She may be the daughter of Let's Make a Deal (1963) game show host Monty Hall, but talented Joanna Gleason has never had to worry about being overshadowed by her father's looming TV star. Born Joanna Hall on June 2, 1950 in Toronto, Ontario, Canada (her father and mother (Marilyn Hall) were wed in Winnipeg, Manitoba), her father was working for the Canadian Wheat Board at the time and breaking into the radio business. As such, by the time Joanna was born, her father had already changed his name from Maurice Halperin to the easier, amiable-sounding Monty Hall for entertainment purposes.The family moved to New York in May of 1956 when Joanna was 5 going on 6. In the early 1960s the family relocated again to Los Angeles where Monty found work hosting such game shows as "Video Village" and, of course, "Let's Make a Deal". Joanna sought out school productions while attending Beverly Hills High and worked with acting teacher-cum-character actor John Ingle before graduating in 1968. She attended UCLA, then Occidental College (also in Los Angeles) training in both voice and acting.Making her stage debut on the West Coast in the musical "Promises, Promises", she went on to play opposite Stacy Keach in "Hamlet" in Los Angeles before earning acting accolades back East. She started off promisingly by winning a Theatre World Award for her Broadway debut in the musical "I Love My Wife" in 1977. After some TV, including a one-season sitcom Hello, Larry (1979) with McLean Stevenson, she regained her Broadway footing in the mid-1980s, copping a supporting Tony nomination and Clarence Derwent Award for "Joe Egg" (1985) and winning a Drama Desk Award for her combined work in "It's Only a Play" and "Social Security" (1985). She then captured New York's acting "triple crown" (Tony, Outer Critic Circle, Drama Desk awards) for her show-stopping turn as the Baker's Wife in the Stephen Sondheim musical "Into the Woods" (1987).Her lofty stage reputation helped trigger higher-profile work on film. Gaining notice for her matter-of-fact portrayals of sly, classy ladies, she played secondary roles in La brûlure (1986) starring Meryl Streep, and in Woody Allen's more impressive outings Hannah et ses soeurs (1986) and Crimes et délits (1989). TV also helped to capture her sardonic spirit. Whether playing assorted manchasers or flip professionals, she always found a way to stand out in a scene with a single quip -- most notably as a key ensemble member in the sitcom New York café (1992), which lasted three seasons.Divorced twice (her first husband was L.A. acting coach Paul G. Gleason, with whom she had one child and kept her acting surname), Joanna has been married since 1994 to actor Chris Sarandon. The couple met while appearing in the ill-received Broadway musical "Nick and Nora" in 1991, and have since continued to perform together on stage ("Thorn & Bloom") and in the movies (Edie & Pen (1996), Américain impekable (1997), Road Ends (1997), Let the Devil Wear Black (1999)). Other popular films she has given a boost to have included Professeur Holland (1995), Boogie Nights (1997), as Mark Wahlberg's mother, and Un mariage trop parfait (2001).Joanna's two siblings are also involved in behind-the-scenes television -- writer/directors Sharon Hall and Richard Hall. Joanna's son Aaron David Gleason ("Gilly Leads" as he has called himself since age 19), is from Joanna's prior marriage, and has his own band, All Hours formerly known as The Midnight Radio). The couple also have three children from Chris' second marriage.Into the millennium Joanna continues to find critical applause on the musical stage, receiving Tony, Outer Critics Circle and Drama Desk nominations for the musical "Dirty Rotten Scoundrels" in 2005. She has not only provided sassy support on such TV shows as "Friends", "The Practice" and "The West Wing", but has lent her voice to the popular animated sitcom Les rois du Texas (1997). A respected acting teacher, she has held classes and workshops on both the East and West coasts. In 2002, she directed her first New York play, "A Letter from Ethel Kennedy". - IMDb Mini Biography By: Gary Brumburgh / gr-home@pacbell.net

Amazon Video has the most number of Joanna Gleason’s flixes, followed by Apple iTunes compared to other streaming platforms. See the full graph below.

On average the IMDB score of the movies that Joanna Gleason has worked on is 6.5.

Davina (Kim Cattrall) and Al (Don McKellar) try to revamp their lives as they struggle with the uncertainties of middle age.

A comedy about a woman running a bar/restaurant in New York City while maintaining a tempestuous romance with an egotistical opinion columnist. Other comedic elements include the bar's ...

Fresh out of a college, a young man lazes about his family's estate, which irritates his father, a self-made millionaire who hatches a bankruptcy plan that he hopes will inspire his son to get a job.

A special effects man helps his girlfriend's ex, a cop, with a sting operation, where the ex gets killed. Something's off and he investigates with help from an ex-cop PI friend.