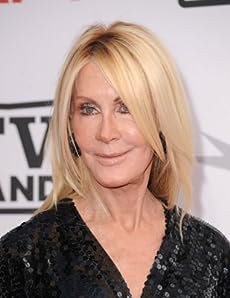 Joan Van Ark, just out of high school, was the second youngest student to attend the Yale School of Drama on a scholarship. The youngest was Julie Harris. It was the beginning of a lifelong friendship. Years later, they would co-star on the CBS Television series, California (1979). Van Ark began her professional career at the Minneapolis Guthrie Theater in Moliere's "The Miser", opposite Hume Cronyn and Zoe Caldwell. That was followed by "Death of a Salesman" at the Guthrie with both Cronyn and Jessica Tandy. After a season at the Arena Stage in Washington, D.C., Joan was cast in the national touring company of "Barefoot in the Park", directed by Mike Nichols. She recreated the role in the critically acclaimed London Company and later on Broadway. She earned a Tony nomination for her performance in "The School for Wives" and she won the Theater World Award for "The Rules of the Game".Van Ark also appeared off-Broadway opposite John Rubinstein in "Love Letters". More recently, she co-starred in the New York production of Edward Albee's Pulitzer Prize winning play "Three Tall Women". Her Los Angeles theater credits include "Cyrano de Bergerac", playing "Roxanne" opposite Richard Chamberlain's "Cyrano", "Ring Around the Moon" with Michael York and Glynis Johns, "Chemin de Fer", "Heartbreak House" and "As You Like It", for which she won a Los Angeles Drama Critics Award. She also appeared as "Lady Macbeth" in the Grove Shakespeare Festival's production of "Macbeth". Van Ark has also starred in the Williamstown Theater Festival productions of "Night of the Iguana", "The Legend of Oedipus" and the festival's 40th anniversary production of Stephen Sondheim's "A Little Night Music".She is perhaps best known for her role as "Valene Ewing" beginning on Dallas (1978) and then on the spin-off series, California (1979). During the 13 seasons as "Val", she earned six nominations and two Soap Opera Digest Awards for Best Actress. Joan also starred in the TV comedies, Alta temperatura (1972) and Entre dos que bien se quieren (1977). In May 1997, she reprieved her role of "Valene" in the CBS mini-series, Knots Landing: Back to the Cul-de-Sac (1997). Most recently, she guest-starred in an episode of La niñera (1993), which was specially written for her. Van Ark's television movie credits include Enemigos en la sombra (1995), Moment of Truth: Cult Rescue (1994), In the Shadows, Someone's Watching (1993) (actor/producer), Dos niños y un ladrón (1999) (actor/director), Terror en la estación central (1992), Elegidos para matar (1993), Menú para un crimen (1990), Always Remember I Love You (1990), Mi primer amor (1988) and Corrupción en Sunset Street (1988).She was also one of the voices for CBS-TV's Saturday morning cartoon series Santo Bugito (1995) and she provided the voice of Spider-Woman (1979), another Saturday morning series. In 1997, Joan directed a short documentary on homelessness and domestic violence for the Directors Guild of America, which was nominated for an Emmy.She appeared in the feature film, Secuestrados (2000), with Dennis Hopper and Debi Mazar. Joan is currently featured in the film, UP, Michigan! (2001), which was entered in the New York Independent Film Festival. According to Film Festival representatives, the screening of UP, Michigan! (2001) elicited more favorable audience response than any other film throughout the one-week event. Joan also starred as the "Vice President of the United States" in the FOX Family telefilm, Loyal Opposition (1998). Last summer, she played "Camille" in Tennessee Williams' "Camino Real" at the Folger Shakespeare Theater in Washington, D.C. She appeared in Una segunda oportunidad (1999), filmed in Toronto. She recently completed filming in Los Angeles of Son of the Beach (2000). Joan's career was featured on the biographical program, Intimate Portrait: Joan Van Ark (2002), on the Lifetime Channel for Women. She also played two cameo roles in the independent feature films, Net Games (2003) and the soon-to-be-released Diamond Zero (2005) with Tippi Hedren. Joan was featured in "The Vagina Monologues" at the Canon Theater in Beverly Hills. She also opened the national tour of "The Vagina Monologues" in Denver's Center for the Performing Arts.In May, 2003, she was a celebrity guest actor in the Los Angeles production of "Blackout" at the McCadden Theater in Hollywood. She also appeared in the off-Broadway production of "The Exonerated" at the Bleeker Street Theater in New York. Last spring, Joan appeared in "Five by Tenn" at the Kennedy Center in Washington, D.C. with Kathleen Chalfant, Patricia Clarkson and Sally Field. It was a world premiere of newly-found Tennessee Williams one-act plays. In addition, she played a regular role for much of last year on CBS Television's The Young and the Restless (1973).Joan will soon appear in the world premier of Mark O'Donnell's new adaptation of "Private Fittings" by Georges Feydeau at the La Jolla Playhouse near San Diego. The production, opening February 22nd, will be directed by Des McAnuff, winner of two Tony Awards. Joan is still married to her high school sweetheart, John Marshall, a former award-winning TV newsman, who now heads an on-line news service, eNewswires.com. Their daughter, Vanessa Marshall, is also an accomplished actress, director and comedian. - IMDb Mini Biography By: John Marshall

Amazon Video has the most number of Joan Van Ark’s flixes, followed by Amazon Prime Video compared to other streaming platforms. See the full graph below.

On average the IMDB score of the movies that Joan Van Ark has worked on is 6.3.

Thundarr the Barbarian and his companions Ookla the Mok and Princess Ariel wander a devastated future Earth and fight evil wherever they find it.

A widow goes to her high school reunion and begins a relationship with an old boyfriend, now a successful doctor who has a much younger girlfriend.

The adventures of a female superhero with spider-like abilities.

Since she started working as a dressmaker for her Aunt Daisy, Jenna has seen dozens of brides getting happily married in her gorgeous wedding gowns. Jenna longs to have a white wedding of ...

A group of helpless victims celebrate a birthday on an island estate crawling with killer amphibians, birds, insects, and reptiles.