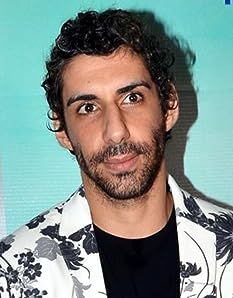 Jim Sarbh is an Indian film actor and stage actor-director best known for his fearless and unconventional character choices and serious acting chops.Born 27 August 1987 in Mumbai, to a Parsi family, his mother is a retired physiotherapist, and his father is a former master mariner, and the Regional Director of P&O Ports South and Middle East Asia. The family moved to Australia when Sarbh was three years old and came back to Mumbai when he was eight, where he attended the American School of Bombay. He completed his undergraduate degree in Psychology from Emory University, USA.After graduating from Emory, Sarbh worked with the Alliance Theatre in Atlanta for a year as a literary intern. He performed around Atlanta in the 2009 productions of such plays as The Show!, The Breakup, Tennis in Nablus, and Ice Glen; the last of the roles won him a Major Supporting Role Metropolitan Atlanta Theatre Award. Sarbh then moved back to Mumbai in 2012 and began acting in local theatre productions. His performance as Happy Loman in Alyque Padamsee's 2013 revival of Death of a Salesman drew the attention of several commentators. Sarbh continued to act in sold out theatre productions including Rajat Kapoor's What's Done is Done, Rage Productions' The Glass Menagerie, Vickram Kapadia's The Merchant of Venice, Kalki Koechlin's Living Room, Cock by Mike Bartlett and Atul Kumar's Noises Off . He later made his directorial and writing debut with the 2014 production Bull and Eat respectively. He was listed in Forbes India's 30 under 30 list in 2015 for his contributions to the Mumbai theatre industry.Sarbh made his feature film debut in 2016, playing the terrifying antagonist in Ram Madhvani's critically and commercially successful biographical drama Neerja; the role garnered him rave reviews from critics and many accolades including a Screen Award and Zee Cine Award for Best Male Debut, and an International Indian Film Academy Award, Zee Cine Award and Stardust Award for Best Performance In A Negative Role. Following his special appearance in the acclaimed thriller A Death in the Gunj (2016), he rose to further national prominence for playing two Machiavellian antagonists in two starkly different ways, in the period drama Padmaavat (2018) as Malik Kafur, and in the biopic Sanju (2018) as Zubin Mistry, both of which rank among the highest-grossing Indian films of all time.His films have travelled across several prestigious film festivals including the International Film Festival of Rotterdam (Aditya Vikram Sengupta's Jonaki), the Sundance Film Festival (Stefanie Abel Horowitz's Sometimes I Think About Dying), Toronto International Film Festival (Michael Winterbottom's The Wedding Guest) as well as the Berlin International Film Festival (Ritesh Batra's Photograph).Sarbh's filmography also includes cultural-defining music videos such as Prateek Kuhad's Cold/Mess, which documents the emotional ups and downs of a relationship and Hold It Tight by Ape Echoes that chronicles the phases of a quintessential procrastinator. He is also a sought after muse to many fashion designers and lifestyle brands thanks to his ardent following, especially among the youth.Jim has made his presence widely felt in leading roles on the web as well, across major online streaming platforms, including the hit satire created by Zoya Akhtar and Reema Kagti, Made In Heaven (Amazon Prime), Neel Guha's Smoke & Bejoy Nambiar's Flip (Eros Now) as well as Daria Gai's Teen Aur Aadha (Netflix).Sarbh's future continues to soar with leading roles in upcoming projects that include Beneath The Sea Of Lights alongside Academy Award Nominee Barkhad Abdi and directed by Neel Kumar, House Arrest directed by Shashanka Ghosh and Samit Basu for Netflix, Yeh Ballet written and directed by Sooni Taraporevala and Bejoy Nambiar's much-awaited Taish.He currently lives in Mumbai. (23rd august, 2019) - IMDb Mini Biography By: Author

Amazon Video has the most number of Jim Sarbh’s flixes, followed by Showtime compared to other streaming platforms. See the full graph below.

On average the IMDB score of the movies that Jim Sarbh has worked on is 7.1.

It is the story of two wedding planners in Delhi, where tradition jostles with modern aspirations against the backdrop of big fat Indian weddings revealing many secrets and lies.

Discovered by an eccentric ballet master, two gifted but underprivileged Mumbai teens face bigotry and disapproval as they pursue their dancing dreams.

Flip is a series of four short stories, each, telling the tale of one or many occurrences that cause a complete 180 degree turn around in the people, situations or perspectives inhabiting that tale.

While Jonaki, an 80-year-old woman, searches for love in a strange world of decaying memories, her lover, now old and grey, returns to a world she is leaving behind.

A story centered on a mysterious British Muslim man (Dev Patel) on his journey across Pakistan and India.

In 2017, Shiv and Saira fall for each other and form an inseparable connection. Until, Saira crosses paths with a reincarnated lover from a previous lifetime who is determined to make her his lover again.