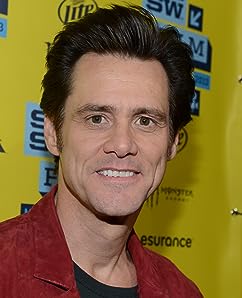 Amazon Video has the most number of Jim Carrey’s flixes, followed by Vudu compared to other streaming platforms. See the full graph below.

On average the IMDB score of the movies that Jim Carrey has worked on is 6.4.

When their relationship turns sour, a couple undergoes a medical procedure to have each other erased from their memories.

An insurance salesman discovers his whole life is actually a reality TV show.

Jeff, a famous children's television icon, struggles to retain his sanity as his family falls apart.

A behind-the-scenes look at how Jim Carrey adopted the persona of idiosyncratic comedian Andy Kaufman on the set of Der Mondmann (1999).

The series is based on William Knoedelseder's book of the same name.

Biography,Comedy,Drama
Man on the Moon (1999)

The life and career of legendary comedian Andy Kaufman.

After a woman leaves a briefcase at the airport terminal, a dumb limo driver and his dumber friend set out on a hilarious cross-country road trip to Aspen to return it.