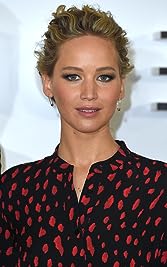 Was the highest-paid actress in the world in 2015 and 2016. With her films grossing over $5.5 billion worldwide, Jennifer Lawrence is often cited as the most successful actor of her generation. She is also thus far the only person born in the 1990s to have won an acting Oscar.Jennifer Shrader Lawrence was born August 15, 1990 in Louisville, Kentucky, to Karen (Koch), who manages a children's camp, and Gary Lawrence, who works in construction. She has two older brothers, Ben and Blaine, and has English, German, Irish, and Scottish ancestry.Her career began when she traveled to Manhattan at the age of fourteen. After conducting her first cold read, agents told her mother that "it was the best cold read by a 14- year-old they had ever heard", and tried to convince her stage mother that she needed to spend the summer in Manhattan. After leaving the agency, Jen was spotted by an agent in the midst of shooting an H&M ad and asked to take her picture. The next day, that agent followed up with her and invited her to the studio for a cold read audition. Again, the agents were highly impressed and strongly urged her mother to allow her to spend the summer in New York City. As fate would have it, she did, and subsequently appeared in commercials such as MTV's "My Super Sweet 16" and played a role in the movie, The Devil You Know (2013).Shortly thereafter, her career forced her and her family to move to Los Angeles, where she was cast in the TBS sitcom The Bill Engvall Show (2007), and in smaller movies like The Poker House (2008) and Auf brennender Erde (2008).Her big break came when she played Ree in Winter's Bone (2010), which landed her Academy Award and Golden Globe nominations. Shortly thereafter, she secured the role of Mystique in franchise reboot X-Men: Erste Entscheidung (2011), which went on to be a hit in Summer 2011. Around this time, Lawrence scored the role of a lifetime when she was cast as Katniss Everdeen in the big-screen adaptation of literary sensation Die Tribute von Panem - The Hunger Games (2012). The film went on to become one of the highest-grossing movies ever with over $407 million at the domestic box office, and instantly propelled Lawrence to the A-list among young actors/actresses. Three Hunger Games sequels were released in each consecutive November, Die Tribute von Panem - Catching Fire (2013), Die Tribute von Panem - Mockingjay: Teil 1 (2014), and Die Tribute von Panem - Mockingjay: Teil 2 (2015), with Lawrence reprising her role.In 2012, the romantic comedy, Silver Linings Playbook earned her the Academy Award, Golden Globe Award, Screen Actors Guild Award, Satellite Award and the Independent Spirit Award for Best Actress, among other accolades, making her the youngest person ever to be nominated for two Academy Awards for Best Actress and the second-youngest Best Actress winner.She starred in David O. Russell's popular drama-comedy American Hustle (2013), as Roselyn Rosenfield, and teamed with the director again to play inventor Joy Mangano in another family comedy, Joy: Alles außer gewöhnlich (2015), receiving Oscar nominations for both roles (Best Supporting Actress and Best Actress, respectively). - IMDb Mini Biography By: Ben Lawrence

Amazon Video has the most number of Jennifer Lawrence’s flixes, followed by Vudu compared to other streaming platforms. See the full graph below.

On average the IMDB score of the movies that Jennifer Lawrence has worked on is 6.8.

After a stint in a mental institution, former teacher Pat Solitano moves back in with his parents and tries to reconcile with his ex-wife. Things get more challenging when Pat meets Tiffany, a mysterious girl with problems of her own.

In the 1960s, superpowered humans Charles Xavier and Erik Lensherr work together to find others like them, but Erik's vengeful pursuit of an ambitious mutant who ruined his life causes a schism to divide them.

Katniss Everdeen and Peeta Mellark become targets of the Capitol after their victory in the 74th Hunger Games sparks a rebellion in the Districts of Panem.

An exploration of Earth and beyond as seen from the International Space Station. Narrated by Jennifer Lawrence.

A con man, Irving Rosenfeld, along with his seductive partner Sydney Prosser, is forced to work for a wild F.B.I. Agent, Richie DiMaso, who pushes them into a world of Jersey powerbrokers and the Mafia.

Katniss Everdeen voluntarily takes her younger sister's place in the Hunger Games: a televised competition in which two teenagers from each of the twelve Districts of Panem are chosen at random to fight to the death.

An unflinching Ozark Mountain girl hacks through dangerous social terrain as she hunts down her drug-dealing father while trying to keep her family intact.

A spacecraft traveling to a distant colony planet and transporting thousands of people has a malfunction in its sleep chambers. As a result, two passengers are awakened 90 years early.