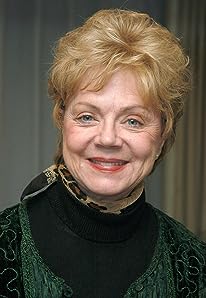 Janet began her stage career, right out of high school, at the legendary Kansas City Starlight Theatre, appearing in many many musicals including: "Hello Dolly", "Guys and Dolls"," Mame", "Gypsy", "South Pacific", "Pajama Game", "Carousel" and many others. Janet continued her stage work in California for many years, starring opposite Cloris Leachman in "A Couple of White Chicks", starred with Lynn Redgrave and John Lithgow in "Lady Windemere's Fan", among other productions. Janet made her Broadway debut in "Little Women", alongside Sutton Foster and Maureen McGovern.Her big break in films came when she was cast as Tom Cruise's mother in Risky Business (1983). From there, she went on to star in numerous films, working almost non-stop till last year. Her films include: Family Business (1989), Memories of Me (1988), Forces of Nature (1999), The Killing Time (1987), Enough (2002), Talent for the Game (1991), "My Guaranteed Student Loan", among many others. Her television career was just as busy, with recurring roles or lead roles in: The Bronx Zoo (1987), Murphy Brown (1988), Melrose Place (1992), Married with Children (1987), The Bonnie Hunt Show (1995), and guest appearances on: Brothers & Sisters (2006), Scrubs (2001), Designing Women (1986), 3rd Rock from the Sun (1996), Mary (1985), etc. Her co- stars includes such luminaries as: Sean Connery, Dustin Hoffman, Celeste Holm, Jennifer Lopez, Sandra Bullock, Billy Crystal, Alan King, Ben Affleck, Mary Tyler Moore, Edward Asner, Brad Pitt, Matthew Broderick, Billy Campbell, Lorraine Bracco and Edward James Olmos, to name a few.Janet won the coveted Los Angeles Drama Logue Critics Award for outstanding achievement in theatre for Ezra Pound's "Electra". For eight years, she was the Artistic Director of The Jazz Series at The Simi Valley Cultural Arts Center, Janet was the co-founder of "The Victory Ball" in Westport CT, annually benefiting ALS Foundation(Lou Gehrig's Disease). She served on the Executive Board of Directors of Ginny Mancini's "Society of Singers" as VP of Development.Her ashes will be spread in the Edgebrook Lutheran Church Memorial Garden in Chicago, Illinois, in a ceremony to be determined at a later date. - IMDb Mini Biography By: Mark Rupp

Amazon Video has the most number of Janet Carroll’s flixes, followed by Apple iTunes compared to other streaming platforms. See the full graph below.

On average the IMDB score of the movies that Janet Carroll has worked on is 6.8.

Told by a psychic of his imminent death on his next birthday, Jack lives out the year, as a hopeless agoraphobic, until he meets a young woman who slowly coaxes him out of his self imposed bondage.

On his girlfriend's insistence, a disgruntled man tries to make peace with his high-spirited, street-smart and often irritatingly careless father, a failed actor who never quit his dream to be a success.