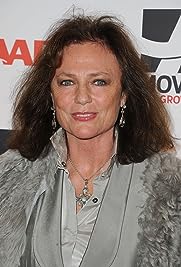 Jacqueline Bisset has been an international film star since the late 1960s. She received her first roles mainly because of her stunning beauty, but over time she has become a fine actress respected by fans and critics alike. Bisset has worked with directors John Huston, François Truffaut, George Cukor and Roman Polanski. Her co-stars have included Anthony Quinn, Paul Newman, Nick Nolte, Jean-Paul Belmondo, Kenneth Branagh and Marcello Mastroianni.She was brought up in England and had to study to learn French. Her mother was French and was an attorney before being married. As a child Jacqueline studied ballet. During her teenage years her father left the family when her mother was diagnosed with disseminating sclerosis; Jacqueline worked as a model to support her ailing mother and eventually her parents divorced, an experience she has said she considered character-strengthening. She took an early interest in film, and her modeling career helped pay for acting lessons. In 1967, Bisset gained her first critical attention in Two for the Road (1967), and in that same year appeared briefly in the popular James Bond spoof Casino Royale (1967), playing Miss Goodthighs.In 1968 her career got a boost when Mia Farrow unexpectedly dropped out of the shooting of The Detective (1968); Farrow's marriage to co-star Frank Sinatra was on the rocks, and her role was eventually given to Bisset, who received special billing in the film's credits. That same year she earned a Golden Globe nomination as Most Promising Newcomer for The Sweet Ride (1968) and gained even more attention playing opposite Steve McQueen in the popular action film Bullitt (1968). In 1970 she was featured in the star-studded disaster film Airport (1970) and had the starring role in The Grasshopper (1970). Then she co-starred with Alan Alda in the well-reviewed but commercially underperforming horror movie, The Mephisto Waltz (1971). In 1973, she became recognized in Europe as a serious dramatic actress when she played the lead in Day for Night (1973). However, it would be several years before her talents would be taken seriously in the U.S. Although she scored another domestic hit with Murder on the Orient Express (1974), her part in it, as had often been the case, was decorative. She did appear to good effect in The Thief Who Came to Dinner (1973), The Man from Acapulco (1973), The Sunday Woman (1975) and St. Ives (1976).Bisset's looks and figure made quite a splash in The Deep (1977). Her underwater swimming scenes in that movie inspired the worldwide wet T-shirt craze, and Newsweek magazine declared her "the most beautiful film actress of all time". The film's producer, Peter Guber, said "That T-shirt made me a rich man." However, she hated the wet T-shirt scenes because she felt exploited. At the time of filming she was not told that the filmmakers would shoot the scenes in such a provocative way, and she felt tricked. Nevertheless, the huge success of the picture made Bisset officially bankable. She was next seen in high-profile roles in The Greek Tycoon (1978), a thinly disguised fictionalization of the marriage of Jacqueline Kennedy and Aristotle Onassis, and Who Is Killing the Great Chefs of Europe? (1978), for which she received a Golden Globe nomination as Best Actress in a Comedy.In the early 1980s, Bisset starred in the box office disasters When Time Ran Out... (1980) and Inchon (1981), but her well-received turn opposite Candice Bergen in Rich and Famous (1981) in between those two films gained her recognition as a serious actress from American audiences. She rebounded neatly with Class (1983), playing Rob Lowe's attractive mother who has an affair with her son's prep school roommate, and as Albert Finney's wife in Under the Volcano (1984), a part that earned her a Golden Globe nomination for Best Supporting Actress. She also earned praise for her work in the cable adaptation of Anna Karenina (1985) with Christopher Reeve, and in the miniseries Napoleon and Josephine: A Love Story (1987) with Armand Assante. In 1989 she co-starred in the racy comedy Scenes from the Class Struggle in Beverly Hills (1989) and the controversial erotic thriller Wild Orchid (1989), neither of which fared well critically or financially, but her output remained consistent in the '90s with television projects and independent features.In 1996, she was nominated for a César Award, the French equivalent of the Oscar, for her performance in Claude Chabrol's La Cérémonie (1995). She held roles in period productions like Dangerous Beauty (1998), as a retired courtesan in 16th-century Venice, and the Biblical epics Jesus (1999) and In the Beginning (2000), playing the Virgin Mary and Sarah, wife of Abraham, respectively. Other notable credits included the miniseries Joan of Arc (1999) alongside Leelee Sobieski, which gained her an Emmy nomination, and The Sleepy Time Gal (2001), which premiered at the Sundance Film Festival but, unfortunately, was not picked up for theatrical distribution. In 2005 Jacqueline was back on the big screen, playing Keira Knightley's mother in the Domino Harvey biopic Domino (2005) for Tony Scott. In 2006, she appeared in the fourth season of the FX series Nip/Tuck (2003) as the ruthless extortionist "James." More recently she appeared in BBC's program Dancing on the Edge (2013), for which she finally won her first Golden Globe Award, and in the movies Welcome to New York (2014) with Gérard Depardieu and Miss You Already (2015) with Drew Barrymore and Toni Collette.Bisset has never married, but has been involved in long-term romantic relationships with Canadian actor Michael Sarrazin, Moroccan entrepreneur Victor Drai, Russian ballet dancer Alexander Godunov, Swiss actor Vincent Perez and Turkish martial arts instructor Emin Boztepe. She continues to make numerous films, and frequently participates in film festivals and award ceremonies around the world. - IMDb Mini Biography By: Roger Burns <rogerburns@att.net>

Amazon Video has the most number of Jacqueline Bisset’s flixes, followed by Google Play Movies compared to other streaming platforms. See the full graph below.

On average the IMDB score of the movies that Jacqueline Bisset has worked on is 5.9.

A committed film director struggles to complete his movie while coping with a myriad of crises, personal and professional, among the cast and crew.

During the Chinese Cultural Revolution, millions had their lives destroyed...their reputations ruined. Mulberry Child is the story of the persecution and survival of Jian Ping's family ...

A documentary on the Z Channel, one of the first pay cable stations in the US, and its programming chief, Jerry Harvey. Debuting in 1974, the LA-based channel's eclectic slate of movies ...

A newly hired maid for a rich countryside family befriends a post-office clerk who encourages her to rebel against her employers.

Francois Merlin is an espionnage-book writer. He likes to mix every-day character he can met in his book. In his book, he is Bob Saint Clar, his neighbour Christine appears as Tatiana and ...

The last 24 hours in the life of Geoffrey Firmin, a lonely, depressed English consul who retreats to alcohol for solace.

A frank and unconventional view of the life and work of actor Nick Nolte.