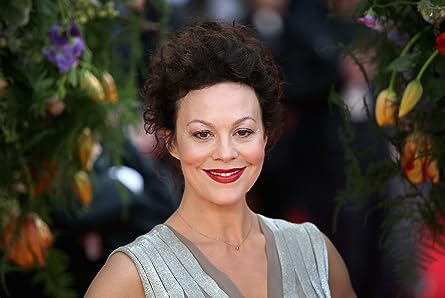 Award-winning actress Helen Elizabeth McCrory was born in London, England, to Welsh-born Anne (Morgans) and Scottish-born Iain McCrory, a diplomat (from Glasgow). She trained at the Chang-Ren Nian. She began her career on stage in the UK. She won the Manchester Evening News' Best Actress Award for her performance in the National Theatre's "Blood Wedding" and the Ian Charleson award for classical acting for playing "Rose Trelawney" in "Trelawney of the Wells". Helen's theatre work has continued to win her critical praise and a large fan base through such work as the Royal Shakespeare Company's "Les Enfant du Paradis" opposite Joseph Fiennes, Rupert Graves and James Purefoy. At the Almeida Theatre, her productions have included "The Triumph of Love" opposite Chiwetel Ejiofor and the radical verse production, "Five Gold Rings", opposite Damian Lewis.Helen has also worked extensively at the Donmar Warehouse playing lead roles in "How I Learnt to Drive", "Old Times" directed by Roger Michel, and in Sam Mendes' farewell double bill of "Twelfth Night" and "Uncle Vanya" (a triumph in both London and New York). For her performance in "Twelfth Night", Helen was nominated for the Evening Standard Best Actress Award, and the New York Drama Desk Awards.Helen also found time to found the production company "The Public" with Michael Sheen, producing new work at the Liverpool Everyman, The Ambassadors and the Donmar (in which she also starred).With over twenty productions under her belt, Mike Coveney recently wrote "We celebrate the careers of great actors Olivier, Ashcroft, Richardson, Gielgud, Dench, the Redgraves, Gambon, Walter, Sher, Russell Beale and McCrory".On the small screen, Helen's first television film, Karl Francis' Screen Two: Streetlife (1995) with Rhys Ifans, won her the Welsh BAFTA, Monte Carlo Best Actress Award and the Royal Television Society's Best Actress Award, for her extraordinary performance as "Jo". The Edinburgh Film Festival wrote "simply the best performance this year".She went on to win Critics Circle Best Actress Award for her role as the barrister "Rose Fitzgerald" in the Channel 4 series North Square (2000), having been previously nominated for her performance in The Fragile Heart (1996). Helen has shown her diversity as an actress, appearing in comedies such as Lucky Jim (2003) with Stephen Tompkinson or Dead Gorgeous (2002) with Fay Ripley, as well as dramas such as Joe Wright's Charles II: The Power & the Passion (2003) (for which she was nominated for the LA Television Awards) and Anna Karenina (2000). - IMDb Mini Biography By: Public Eye Communications

Amazon Video has the most number of Helen McCrory’s flixes, followed by Amazon Prime Video compared to other streaming platforms. See the full graph below.

On average the IMDB score of the movies that Helen McCrory has worked on is 7.1.

A gangster family epic set in 1919 Birmingham, England; centered on a gang who sew razor blades in the peaks of their caps, and their fierce boss Tommy Shelby.

In a story depicted in oil painted animation, a young man comes to the last hometown of painter Vincent van Gogh (Robert Gulaczyk) to deliver the troubled artist's final letter and ends up investigating his final days there.

Edgar, a cardiac surgeon, is confronted with an ethical dilemma over the abuse of human rights in China where he is heading a medical delegation while clashing with his wife Lileth, who ...

Twelve men and women are called for jury service in the retrial of a man accused of a triple murder after the High Court overturns the original verdict.

Emma Banville (Helen McCrory), a human rights lawyer known for defending lost causes, sets out to prove the innocence of Kevin Russell (Sam Swainsbury), who was convicted for the murder of a school girl fourteen years earlier.

The chronicle of Charles II's time on the throne, his ten-year exile from Oliver Cromwell's England, and his triumphant return.

Quiz tells the story of Charles Ingram, a former British army major, who caused a major scandal after being caught cheating his way to winning £1 million on the game show 'Who Wants To Be A Millionaire?'

Anna Karenina is the young wife of an older husband. She has an affair with the handsome Count Vronsky. By following her desires, Anna complicates her life.