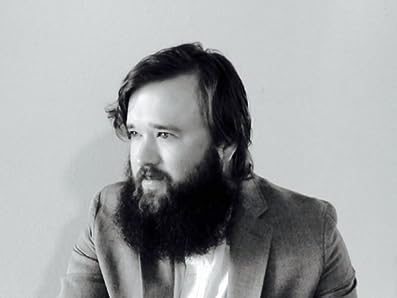 Haley Joel Osment is an American actor who has proven himself as one of the best young actors of his generation. He is the first millennial male to have received an Academy Award nomination for acting.Osment was born in Los Angeles, California, to Theresa (Seifert), a teacher, and actor Eugene Osment. His sister is actress Emily Osment. His ancestry includes English, German, and Irish.Osment began acting at the age of four, when he tried out for a Pizza Hut commercial in a shopping mall. The commercial launched his career, and he landed his first television role later that year. As a young child, his first film role was as Forrest Gump (1994)'s son, also named Forrest Gump, in the 1994 film of the same name as well as making a small appearance in Un día de locos (1994). He had roles in numerous TV series, including El callejón del trueno (1994), The Jeff Foxworthy Show (1995), and, most notably, the final season of Murphy Brown (1988), in which he replaced Dyllan Christopher as Murphy's son Avery. Osment also made numerous guest appearances in various TV series, including El show de Larry Sanders (1992), Walker, Texas Ranger (1993) (as a child dying from AIDS), Tocados por un ángel (1994), Chicago Hope (1994), Pretender (1996), and as a child dying from leukemia in the emotional episode 'Angels and Blimps' (1999) of the series Ally McBeal (1997). Osment starred in Bogus (1996) with Whoopi Goldberg and Gérard Depardieu, and appeared in the 1998 made-for-TV movie The Lake (1998) with Yasmine Bleeth, as well as Soldados de papel (2000) with future El sexto sentido (1999) co-star Trevor Morgan.He first achieved stardom in 1999 when he appeared in the blockbuster El sexto sentido (1999), co-starring Bruce Willis. For this role, Osment won the Saturn Award for best young actor. He was also nominated for the Academy Award for Best Supporting Actor, but lost to Michael Caine, with whom he would later star in El secreto de los McCann (2003). Osment (voice) also made three minor guest appearances on Padre de familia (1999) in 2000. One of Osment's lines in El sexto sentido (1999), "I see dead people," is often repeated or parodied on television programs and in other media. The 2000 Academy Awards ceremony honored another of Osment's future co-stars, BestActor Kevin Spacey, who, along with Helen Hunt, appeared in Osment's next film, Cadena de favores (2000). The following year, Osment appeared in Steven Spielberg's A.I. Inteligencia Artificial (2001), cementing his stature as one of the leading young actors in Hollywood. This role earned him his second Saturn Award. Also in 2001, Osment starred in a Polish film, Hijos de un mismo dios (2001), as Romek. The movie was never released theatrically in the United States. Osment has since provided voices for Osos a todo ritmo (2002) and El libro de la selva 2 (2003). More recently, Osment was the voice of Sora, the main protagonist of the Walt Disney Company and Square-Enix's Kingdom Hearts (2002) video-game series, which was extremely financially successful as well and generally well-received critically. He was also the voice of Takeshi Jinno in the "Time to Shine" episode of the IGPX: Immortal Grand Prix (2005) animé TV series.Osment also worked in Home of the Giants (2007), playing a high school journalist opposite Ryan Merriman and Danielle Panabaker. He also played Helmuth Hübener in the film Truth & Treason (????). On July 20, 2006, Osment was injured in a one-car accident. His blood-alcohol content was measured at 0.16%, twice the legal limit in California. On August 18, he was charged with four misdemeanors, including driving under the influence of alcohol and possession of marijuana while driving. He pleaded no contest on October 19 and was sentenced to three years' probation, 60 hours in an alcohol-rehabilitation and education program, a fine of $1,500, and a minimum requirement of 26 Alcoholics Anonymous meetings over a six-month period. - IMDb Mini Biography By: Jim Beaver <jumblejim@prodigy.net> and Javier Ivona, from Argentina (javier.ivona@gmail.com)

Amazon Video has the most number of Haley Joel Osment’s flixes, followed by Vudu compared to other streaming platforms. See the full graph below.

On average the IMDB score of the movies that Haley Joel Osment has worked on is 6.2.

Josh Futturman, a janitor by day and a gamer by night, is recruited by mysterious visitors to travel through time to prevent the extinction of humanity.

A coming-of-age story about a shy, young boy sent by his irresponsible mother to spend the summer with his wealthy, eccentric uncles in Texas.

A highly advanced robotic boy longs to become "real" so that he can regain the love of his human mother.

A young boy attempts to make the world a better place after his teacher gives him that chance.

Fact-based story about a Pasadena cab driver who picks up what he believes is a routine fare, an elderly woman on her way to a funeral. However, the wealthy woman is soon is insisting that ...

After the Civil War, a returning Confederate veteran must reclaim his Arizona land and homestead from the Yankee carpetbaggers who illegally occupy it.

Cynthia and Devon are two siblings whose intense love drives everything and everyone around them to ruin.