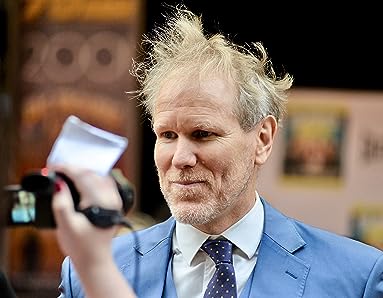 Greg Orvis was raised on a barrier island, in a small beach town about 20 miles south of Cape Kennedy, Florida by his maternal Grandparents, Pauline and Schuyler "Sky" Orvis Jr. It was they who instilled in him his sense of integrity, and originality, with their primary directive being "Don't just do what everyone else is doing just because everyone else is doing it; do what you know is right." Orvis' grandfather had distinguished himself by crossing the Atlantic at his own expense to volunteer for the French army in 1939, two years before the U.S. joined the Second World War, returning home a local hero, and consequently was elected to the Connecticut State legislature, although he didn't run for office; local residents penciled him in on the ballot.At the age of eight, trusting Orvis' self-taught swimming ability, his grandparents permitted him to go alone to the lifeguard-less beach and swim in the ocean whenever he pleased, which was often; this in the county with the largest waves in the entire state of Forida, and the second largest waves on the entire east-coast of the USA.Growing up with grandparents could have been idyllic had Orvis' grandfather not been slowly dying from cigarette-related illnesses, but seeing first-hand from his youth the horror his grandfather's addiction caused resolved Orvis to make health a primary focus of his life.While living in Miami beach where he surfed, practiced Yoga daily and swam about 230 miles a year alone in the ocean in practically any conditions, Oliver Stone discovered Orvis' talents and cast him as a day-player with an unscripted role in his football epic, Any Given Sunday (1999). Though Stone initially hired Orvis for only 4 days, he was so satisfied with his work ethic that he kept him on set for the duration of principal filming--4 months--allowing him to ad lib in scenes with Al Pacino and Jamie Foxx and execute an advanced Yoga scene.Oliver Stone, was so satisfied with the novice actor that he cast him again in an unscripted role in Alexander (2004) and he became one of only three American actors on the film's "all-European cast"; this time working with Féodor Atkine, Erol Sander and Colin Farrell, with whom he he'd an unscripted speaking scene.Orvis took his cue to move to Switzerland shortly after the Iraq war because he'd always wanted to live in a land without war, and because he wanted to get in touch with his Swiss roots; his paternal Grandfather, with whom he wasn't well acquainted, was Swiss.In 2007 Peter Coyote, grateful for Orvis' efforts to get his memoir "Sleeping Where I Fall"--the definitive chronicle of the American 60's counterculture--published in European languages, referred him to his first theatrical agency, in London. (He'd wanted a German friend to be able to read his favorite non-fiction and because she didn't speak English he tried to get it published in German). But after he turned down the role of 'Ronald Niedermann' in Stieg Larsson's Flickan som lekte med elden (2009) and Luftslottet som sprängdes (2009), his London agent dropped him--even though he'd procured the casting for himself without assistance from his agent and, refusing to do the job "under the table", showed good faith by referring his agency to the client once he was under consideration.In 2012 he performed in his first lead-supporting role, in the ZDF (German Public Television) TV-movie Rosamunde Pilcher: Schlangen im Paradies (2013) ("Snakes In Paradise"), playing a villain in a cast of some of the biggest names in German television. Its ironic that Orvis' lead-supporting debut is in a German movie, performing in German, because when he moved to Switzerland, he didn't speak the language. But he brought the goods and went above and beyond by scripting a surfing scene--because he convinced the director that, because his character owns a surf-shop and the action takes place in Cornwall, the English capital of surfing, surfing visuals would increase the production value.2012 was also a monumental year for Orvis because he realized his longtime goal to read all 37 William Shakespeare plays in original (Old-English) dialect. - IMDb Mini Biography By: J. Zbinden

YouTube has the most number of Greg Orvis’s flixes, followed by Google Play Movies compared to other streaming platforms. See the full graph below.

On average the IMDB score of the movies that Greg Orvis has worked on is 5.8.

In their struggle for survival, a group of neighbors from an affluent community turn to criminal actions.

This is the story of Doug, a fantastic fighter but not so fantastic businessman, who must save his beloved gym by training a gentle giant for a bare-knuckle fight.