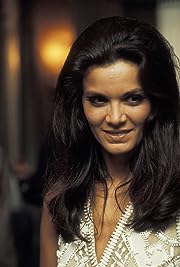 A sensual, versatile legend of arthouse and grindhouse Italian cinema, Florinda Bolkan was born Florinda Soares Bulcão in Uruburetama, Ceará, Brazil, as the youngest of three children from a Brazilian father and an Indios mother. Her father, diplomat José Pedro Soares Bulcão, died when she was 14, and she began working as a secretary to support her family while attending school and learning English and French. Eventually, she began working as a flight inspector for Varig. In 1967, she visited Rome and was introduced by producer Marina Cicogna (who would become her lover over the next 21 years) to Luchino Visconti, who finally persuaded her to pursue modelling and acting. She quickly landed supporting roles in Le voleur de crimes (1969), Candy (1968) (in which she played a sister to Ringo Starr) and Visconti's The Damned (1969). By this time, Florinda had chosen to use "Bolkan" as her last name, believing it to have more international appeal. Despite eventually becoming fluent in the language, she was usually dubbed in Italian due to her thick accent.Upon beginning her new career, Bolkan quickly received acclaim as an upcoming talent: for her performance in Metti, una sera a cena (1969), she shared the Golden Plate prize from the David di Donatello Awards alongside Olivia Hussey and Leonard Whiting. She would win two more David di Donatellos (for Best Actress) during her career, for Anonimo veneziano (1970) and Cari genitori (1973). Bolkan appeared in two highbrow Italian films that were of considerable importance on an international scale: Elio Petri's Indagine su un cittadino al di sopra di ogni sospetto (1970) (winner of the 1970 Oscar for Best Foreign-Language Picture) and the penultimate work of Vittorio De Sica, Una breve vacanza (1973). She also appeared in several lower-budget genre films throughout her prime, including Gli intoccabili (1969), Un detective (1969), A Lizard in a Woman's Skin (1971)_, Don't Torture a Duckling (1972), A Man to Respect (1972), Flavia the Heretic (1974), Le orme (1975), La settima donna (1978) and La gabbia (1985). Aside from a few international productions, such as The Last Valley (1971), Royal Flash (1975), Atentat u Sarajevu (1975) and Some Girls (1988), Bolkan rarely worked outside of Italy. By the late 1980s, she had largely left cinema in favour of television and stage productions (such as The Word (1978) and La piovra (1984)), although Eu Não Conhecia Tururu (2000) - her only film as actor, writer, producer and director - received favourable coverage in her home country.By 2006, Bolkan had retired from acting, and now owns and operates the Villa Voltarina in Bracciano. Her other endeavours aside from acting have included serving as a judge in the 1976 Miss Universe pageant, real estate work, publishing a gourmet cookbook and supporting Italian and Brazilian children in financial need. - IMDb Mini Biography By: Anonymous

Amazon Video has the most number of Florinda Bolkan’s flixes, followed by Amazon Prime Video compared to other streaming platforms. See the full graph below.

On average the IMDB score of the movies that Florinda Bolkan has worked on is 6.5.

Corrado Cattani is a police inspector whose life is devoted to fighting the Italian mafia (known here as "La Piovra" or "The Octopus"). Even as his family and life are being destroyed by ...

Crime,Drama
Investigation of a Citizen Above Suspicion (1970)

A chief of detectives, homicide section, kills his mistress and deliberately leaves clues to prove his own responsibility for the crime.

A reporter and a promiscuous young woman try to solve a series of child killings in a remote southern Italian town rife with superstition and a distrust of outsiders.

Horror,Mystery,Thriller
Footprints on the Moon (1975)

A woman is tormented by strange dreams of astronauts on the moon. She visits a deserted seaside town whose inhabitants know her even though she does not know them.

A just released from prison professional thief decides to do one last high-risk heist, which could settle him for life or land him behind bars again.

During the late Middle Ages, a young woman who's been forced to become a nun by her corrupt father teams up with an army of Muslims who are invading the area, to destroy the convent and kill everyone who wronged her.