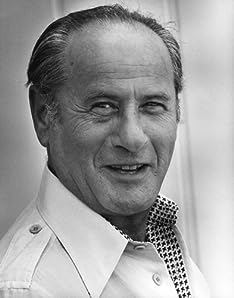 One of Hollywood's finest character / "Method" actors, Eli Wallach was in demand for over 60 years (first film/TV role was 1949) on stage and screen, and has worked alongside the world's biggest stars, including Clark Gable, Clint Eastwood, Steve McQueen, Marilyn Monroe, Yul Brynner, Peter O'Toole, and Al Pacino, to name but a few.Wallach was born on 7 December 1915 in Brooklyn, NY, to Jewish parents who emigrated from Poland, and was one of the few Jewish kids in his mostly Italian neighborhood. His parents, Bertha (Schorr) and Abraham Wallach, owned a candy store, Bertha's Candy Store. He went on to graduate with a B.A. from the University of Texas in Austin, but gained his dramatic training with the Actors Studio and the Neighborhood Playhouse. He made his debut on Broadway in 1945, and won a Tony Award in 1951 for portraying Alvaro Mangiacavallo in the Tennessee Williams play "The Rose Tattoo".Wallach made a strong screen debut in 1956 in the film version of the Tennessee Williams play Baby Doll (1956), shined as "Dancer", the nattily dressed hitman, in director Don Siegel's film-noir classic The Lineup (1958), and co-starred in the heist film Seven Thieves (1960). Director John Sturges then cast Wallach as vicious Mexican bandit Calvera in The Magnificent Seven (1960), the western adaptation of the Akira Kurosawa epic Shichinin no samurai (1954). The Misfits (1961), in the star-spangled western opus How the West Was Won (1962), the underrated WW2 film The Victors (1963), as a kidnapper in The Moon-Spinners (1964), in the sea epic Lord Jim (1965) and in the romantic comedy How to Steal a Million (1966).Looking for a third lead actor in the final episode of the "Dollars Trilogy", Italian director Sergio Leone cast the versatile Wallach as the lying, two-faced, money-hungry (but somehow lovable) bandit "Tuco" in the spectacular Il buono, il brutto, il cattivo (1966) (aka "The Good, The Bad and The Ugly"), arguably his most memorable performance. Wallach kept busy throughout the remainder of the '60s and into the '70s with good roles in Mackenna's Gold (1969), Cinderella Liberty (1973), Crazy Joe (1974), The Deep (1977) and as Steve McQueen's bail buddy in The Hunter (1980).The 1980s was an interesting period for Wallach, as he was regularly cast as an aging doctor, a Mafia figure or an over-the-hill hitman, such as in The Executioner's Song (1982), Our Family Honor (1985), Tough Guys (1986), Nuts (1987), The Two Jakes (1990) and as the candy-addicted "Don Altabello" in The Godfather: Part III (1990). At 75+ years of age, Wallach's quality of work was still first class and into the 1990s and beyond, he has remained in demand. He lent fine support to Vendetta: Secrets of a Mafia Bride (1990), Teamster Boss: The Jackie Presser Story (1992), Naked City: Justice with a Bullet (1998) and Keeping the Faith (2000). Most recently Wallach showed up as a fast-talking liquor store owner in Mystic River (2003) and in the comedic drama King of the Corner (2004).In early 2005, Eli Wallach released his much anticipated autobiography, "The Good, The Bad And Me: In My Anecdotage", an enjoyable reading from one of the screen's most inventive and enduring actors.Eli Wallach was very much a family man who remained married to his wife Anne Jackson for 66 years. When Wallach died at 98, in 2014, in Manhattan, NY, he was survived by his wife, three children, five grandchildren and several great-grandchildren. - IMDb Mini Biography By: firehouse44@hotmail.com

Amazon Video has the most number of Eli Wallach’s flixes, followed by Amazon Prime Video compared to other streaming platforms. See the full graph below.

On average the IMDB score of the movies that Eli Wallach has worked on is 6.6.

A documentary on the history of the sport with major topics including Afro-American players, player/team owner relations and the resilience of the game.

Law student Paul Cunningham arrives for his first day at a job typing advertisements where he meets supervising typist Miss Sylvia Payton, a day evolves fragmentedly showing many days of ...

A photographer and her girlfriend are roommates. She is stuck with small-change shooting jobs and dreams of success. When her roommate decides to get married and leave, she feels hurt and has to learn how to deal with living alone.

An exploration of the dark side of Christianity, following acclaimed author and former priest James Carroll on a journey of remembrance and reckoning.

A lonely Navy sailor falls in love with a hooker and becomes a surrogate father figure for her son during an extended liberty, due to his service records being lost.

Young Israeli husband Eli Cohen is recruited by the Mossad in the early 1960's and sent to Syria. Telling his wife he has a new job that requires extensive business travel, he takes up ...