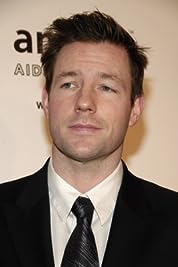 Edward Fitzgerald Burns was born January 29, 1968 in Woodside, Queens, New York. He is the second of three children of Molly (McKenna), who worked for the Federal Aviation Administration at Kennedy Airport, and Edward J. Burns, a police sergeant and active spokesperson for the New York Police Dept. He was raised Catholic, and is of Irish, and one eighth Swedish, descent. Edward, along with his older sister, Mary, and brother, Brian, were raised in Long Island. He attended Catholic Chaminade High School before transferring to a public high school. He went on to attend The State University of New York at Albany and Oneonta College in New York to major in English literature. During his junior year he transferred to Hunter College in Manhattan, studied filmmaking and began writing the first of many short films.Upon graduating, and through his father's connections, he secured a job at Entertainment Tonight (1981) (TV) in 1993 working at as a "go-fer". There he was able to finance and begin working on Kleine Sünden unter Brüdern (1995), a comedy focusing on the trials and tribulations facing three Irish-Catholic siblings. It was shot primarily in his parents' Long Island home with a cast of unknowns including Burns himself and his then-girlfriend Maxine Bahns. The feature was filmed over eight months' time with a reported budget of only $ 30,000. Rejected by a series of distributors, Kleine Sünden unter Brüdern (1995) bowed at Sundance, after Burns had given Robert Redford a copy of the film while working on ET. In 1995 his film won the festival's Grand Jury Prize, becoming one of the most successful independent efforts of the year. He then sold the film to 20th Century Fox's Searchlight Pictures.For his follow-up Burn's wrote and directed Eine für's Leben (1996), which retained much of McMullen's cast and crew, including girlfriend Maxine. He was also able to cast up-and-coming stars Jennifer Aniston and Cameron Diaz in pivotal roles, with original music from rocker Petty, Tom. Filmed with a larger budget of almost $3 million, the romantic comedy successfully premiered during the summer of 1996 . Burns soon began work on his third feature, _No Looking Back_, a romantic drama set in a coastal town's working-class community. Burn's career seemed to be flourishing, but his personal relationship with Bahns, to whom he became engaged, ended after eight years. During filming of No Looking Back (1998), there were reported romantic sightings with Burns and his co-star Lauren Holly. The relationship seemed to end when the film was released in 1998. That same year, Burns co-starred in the Steven Spielberg World War II epic Der Soldat James Ryan (1998). After that pivotal role in one of the greatest films of all time, Burns continued a good year, and a new relationship with Heather Graham. In an interview with USA Weekly Magazine, Heather stated they met in a bar in LA, exchanged numbers and had numerous conversations. Burns then flew back to New York and she flew to east to see him a month later. Soon after Burns and Heather were seen at many premieres and events. It was also reported that couple was living together. But their relationship ended after two years. Although they were dating during the filming of his next project 15 Minuten Ruhm (2001) starring along side Robert De Niro, Burns attended the premiere with none other than Christy Turlington. While his next few films did not make much of a dent in the box office including his film Seitensprünge in New York (2001), which co-starred Heather Graham. His relationship with Christy was getting hot and heavy. The couple got engaged in 2001. It was then reported their engagement was called off, but the couple reunited after a 7-month split. Burns and Christy finally married on June 7, 2003 and welcomed their first child Grace, later that year Grace, on October 25. Burns' most recent projects include writing and directing The Groomsmen (2006) and Purple Violets (2007). He welcomed his second child, son Finn, (Feb/2006) with wife Christy.Burns is committed to writing and directing his own films. He's not affected by his futile work and continues his own projects with poise. Tackling touchy relationship subjects and pioneering real-life matters. With his panoply of Woody Allen -like films, there is no doubt Edward Burns will continue to dazzle us with his undeniable talent while gaining the recognition he deserves as a great writer and director. - IMDb Mini Biography By: Jurisprudence

Amazon Video has the most number of Edward Burns’s flixes, followed by Vudu compared to other streaming platforms. See the full graph below.

On average the IMDB score of the movies that Edward Burns has worked on is 6.4.

Vintage footage from the Vietnam war is presented in High Definition video format along with narration from both war veterans and Hollywood voice talent. The documentary follows key events ...

Chronicling first-time filmmaker Daniel Gillies' struggle to finance his independent feature film, Broken Kingdom, and featuring other filmmakers' stories of their own adventures in indie cinema.

1947, Los Angeles. Cop Joe Teague walks the line between the LAPD, led by William Parker, and the mob, led by Bugsy Siegel.

Film Hawk is based on the life of Bob Hawk. The documentary traces his early years as a young gay child of a Methodist minister to his current career as a consultant on some of the most influential independent films of our time.

Set in the early 1960's in New York City's Public Morals Division, where cops walk the line between morality and criminality as the temptations that come from dealing with all kinds of vice can get the better of them.

The history and lore of America's most iconic symbol and global export, the blue jean.

Jake Vig is a consummate grifter about to pull his biggest con yet, one set to avenge his friend's murder. But his last scam backfired, leaving him indebted to a mob boss and his enforcer.