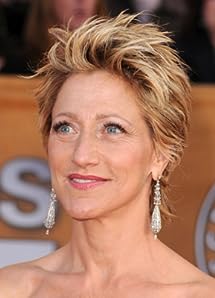 Edith Falco, called Edie, was born on July 5, 1963 in Brooklyn, New York, to Judith Anderson, an actress, and Frank Falco, a jazz drummer. She is of Italian (father) and Swedish, English, and Cornish (mother) descent. Edie grew up on Long Island and attended SUNY Purchase, where she was trained in acting at the prestigious Conservatory of Theatre Arts and Film. She moved to Manhattan after graduation, auditioning for roles and supporting herself as best she could; for example, working parties for an entertainment company where she would wear a Cookie Monster costume and urge people to get on the dance floor. Falco began getting film roles, mostly smaller supporting parts, starting in the late 1980s. Her first notable role was a supporting part in Bullets Over Broadway (1994).Ironically, it was in television where the conservatory-trained Falco's career first flowered. She obtained her first recurring roles in 1993, on the acclaimed police dramas Homicide: Life on the Street (1993), as the wife of a blinded police officer, and Law & Order (1990) as a Legal Aid attorney. Next came a recurring role on the prison drama Oz (1997), as a sympathetic corrections officer. All the while she continued to work in film, still in small supporting roles.Supporting herself in acting continued to be a challenge until at last Falco found success in 1999, when she was cast in the HBO series The Sopranos (1999), as Carmela, the wife of New Jersey Mafia street boss Tony Soprano. "The Sopranos" gained her a great deal of visibility and praise for her exceptionally strong dramatic skills. In 2000 Falco became one of the few actresses in history to sweep all of the major television awards (the Emmy, the Golden Globe and the SAG Award) in one year for a dramatic role. She is also the first female actor ever to receive the Television Critics Association Award for Individual Achievement in Drama.Interestingly, her roles have frequently put her on one side of the law or the other--a defense attorney, a corrections officer, a cop's wife, a mobster's wife, a police officer (in a pilot for a television adaptation of the movie Fargo (1996)). She has also worked frequently on the stage, such as her award-winning work in the play "Sideman," in "The Vagina Monologues," and in revivals of "Frankie and Johnny in the Claire de Lune" (which was hugely successful) and "'night Mother."Unlike her brashly assertive alter-ego Carmela Soprano, Falco is self-described as shy, but is clearly a witty and down-to-earth person. She sometimes travels with her beloved dog Marley, driving so that the dog does not have to travel in the baggage compartment. At one point Falco had a relationship with her "Frankie and Johnny" co-star Stanley Tucci. She was treated for breast cancer in 2004 and her prognosis is very good. In December 2004, Falco adopted a baby boy, whom she named Anderson, after her mother's surname. Another adoption, of a baby girl named Macy, followed in 2008. - IMDb Mini Biography By: Larry-115

Amazon Video has the most number of Edie Falco’s flixes, followed by Google Play Movies compared to other streaming platforms. See the full graph below.

On average the IMDB score of the movies that Edie Falco has worked on is 6.5.

New Jersey mob boss Tony Soprano deals with personal and professional issues in his home and business life that affect his mental state, leading him to seek professional psychiatric counseling.

A drug-addicted nurse struggles to find a balance between the demands of her frenetic job at a New York City hospital and an array of personal dramas.

Behind the murders of a Hollywood movie executive and his former beauty queen wife by their sons.

A woman and her new husband returns to her hometown roots in coastal northern Florida, and must deal with family, business, and encroaching real estate development.

The lives of two incompetent young men from Brooklyn spin out of control after a friend returns from Florida with guns to sell.

An ex-con struggling to readjust to life in his small town forms an intense bond with his former high school teacher.