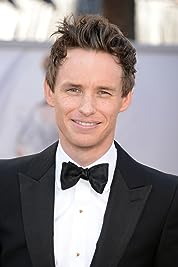 British actor Eddie Redmayne won the Academy Award for Best Actor (for The Theory of Everything (2014)).Edward John David Redmayne was born and raised in London, England, the son of Patricia (Burke) and Richard Charles Tunstall Redmayne, a businessman. His great-grandfather was Sir Richard Augustine Studdert Redmayne, a noted civil and mining engineer. He has English, Irish, Scottish and Welsh ancestry. Redmayne is the only member of his family to follow a career in acting, and also modeled during his teen years. He was educated at Eton College before going on to Trinity College, Cambridge, where he studied History of Art. Encouraged by his parents, Redmayne took drama lessons from a young age. His first stage appearance was in the Sam Mendes production of "Oliver!", in London's West End. He played a workhouse boy. Acting continued through school and university, including performing with the National Youth Music Theatre.Redmayne's first professional stage performance came in 2002 at Shakespeare's Globe Theatre where he played Viola in "Twelfth Night". In 2004, he won the prestigious Evening Standard Outstanding Newcomer Award for his working in Edward Albee's play "The Goat". Further stage successes followed, and in 2009, he starred in John Logan's "Red" at the Donmar Warehouse in London. He won huge critical acclaim for his role, winning an Oliver Award for Best Actor in a Supporting Role. The play transferred to Broadway in 2010, and Redmayne went on to win a Tony Award for Best Performance by a Featured Actor in a Play.Alongside his stage career, Redmayne has worked steadily in television and film. Notable projects include Robert De Niro's The Good Shepherd (2006), Elizabeth: The Golden Age (2007), Tess of the D'Urbervilles (2008), The Pillars of the Earth (2010) and My Week with Marilyn (2011). He co-starred as Marius Pontmercy in the musical Les Misérables (2012). He played scientist Stephen Hawking in the biographical drama The Theory of Everything (2014), opposite Felicity Jones, as Stephen's wife Jane Hawking. For his performance, Redmayne won multiple awards, including the Academy Award for Best Actor. As such, he became the first man born in the 1980s to win an acting Oscar. He received further critical acclaim for his portrayal of Lili Elbe, one of the first known recipients of sex reassignment surgery, in The Danish Girl (2015). For his performance, he was nominated for multiple awards, including the Academy Award for Best Actor.In 2014, Redmayne married publicist Hannah Bagshawe. - IMDb Mini Biography By: Pedro Borges

Amazon Video has the most number of Eddie Redmayne’s flixes, followed by YouTube compared to other streaming platforms. See the full graph below.

On average the IMDB score of the movies that Eddie Redmayne has worked on is 6.7.

Drama,History,Thriller
The Trial of the Chicago 7 (2020)

The story of 7 people on trial stemming from various charges surrounding the uprising at the 1968 Democratic National Convention in Chicago, Illinois.

Biography,Drama,Romance
The Theory of Everything (2014)

A look at the relationship between the famous physicist Stephen Hawking and his wife.

Drama,Romance
Tess of the D'Urbervilles (2008)

The story of Tess Durbeyfield, a low-born country girl whose family find they have noble connections.

Adventure,Family,Fantasy
Fantastic Beasts and Where to Find Them (2016)

The adventures of writer Newt Scamander in New York's secret community of witches and wizards seventy years before Harry Potter reads his book in school.

A fictitious love story loosely inspired by the lives of Danish artists Lili Elbe and Gerda Wegener. Lili and Gerda's marriage and work evolve as they navigate Lili's groundbreaking journey as a transgender pioneer.

Biography,Drama
My Week with Marilyn (2011)

Colin Clark, an employee of Sir Laurence Olivier, documents the tense interaction between Olivier and Marilyn Monroe during the production of The Prince and the Showgirl (1957).