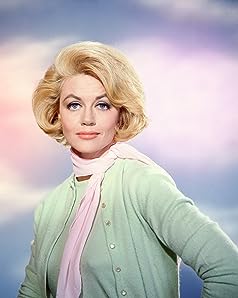 Amazon Video has the most number of Dorothy Malone’s flixes, followed by Tubi TV compared to other streaming platforms. See the full graph below.

On average the IMDB score of the movies that Dorothy Malone has worked on is 5.5.

A newlywed couple move into the mansion of the bride's recently dead aunt. Soon strange things begin to happen when the various tenants and servants of the mansion don't want to leave and ...

A mutated creature is wreaking havoc in a small town in Idaho. A police chief and a government scientist team up to save their rural town from its menace.

Aliens visit the solar-powered house of a middle-class family, and the house is suddenly sucked into a time warp that transports it back to prehistoric times.