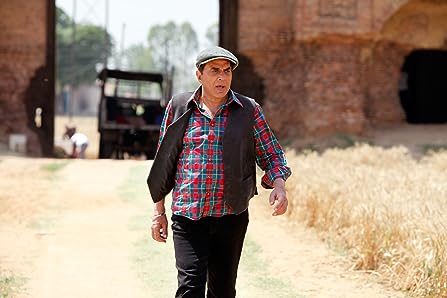 Amazon Video has the most number of Dharmendra’s flixes, followed by Amazon Prime Video compared to other streaming platforms. See the full graph below.

On average the IMDB score of the movies that Dharmendra has worked on is 5.6.

A newly wedded husband plays a practical joke on his wife's family with full support from his wife and friends.

After his family is murdered by a notorious and ruthless bandit, a former police officer enlists the services of two outlaws to capture the bandit.

Police officers recount a tale of missing money which results in lies, deceit, betrayal and death.

Six different stories, about nine people, each with different issues and problems, all occurring within one place: the METRO.

A boy is forced meet a girl for an arranged marriage but even though he refuses the match, they secretly become friends. As things get complicated and both get engaged to different people they realize they've fallen in love with each other.

A bank manager is unjustly framed for robbery by his colleagues and imprisoned. After his release, he assumes another identity to exact vengeance.

This is the story of a eccentric young man, Ashok (Dharmendra) who believes in doing good without worrying about the consequences. This does not find any favor with his sister-in-law Sarla ...

A teenage girl will not accept her family's attempt to arrange a marriage for her, as her heart is currently too full of love for the movies and heartthrob actor "Dharmendra."