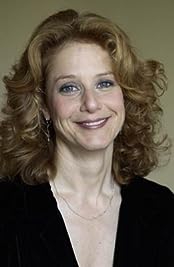 Amazon Video has the most number of Debra Winger’s flixes, followed by Google Play Movies compared to other streaming platforms. See the full graph below.

On average the IMDB score of the movies that Debra Winger has worked on is 6.5.

A documentary that spans 13 decades and five continents to give a guided tour of the art and craft of movies as told by female filmmakers.

The son of a Colorado rancher returns home from a semi-pro football career to run the family business.

The story of the twelve tribes of Israel is told through the eyes of Jacob's only daughter, Dinah.

C.S. Lewis, a world-renowned Christian theologian, writer and professor, leads a passionless life until he meets spirited poet Joy Gresham from the U.S.

A chronicled re-telling of the gay rights movement in the United States, beginning with the Stonewall riots in 1969.

Drama,Romance
An Officer and a Gentleman (1982)

A young man must complete his work at a Navy Officer Candidate School to become an aviator, with the help of a tough Gunnery Sergeant and his new girlfriend.

The story of a high school coach and the developmentally challenged man who he took under his wing.