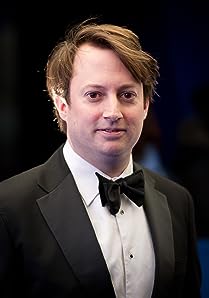 Amazon Video has the most number of David Mitchell’s flixes, followed by BritBox compared to other streaming platforms. See the full graph below.

On average the IMDB score of the movies that David Mitchell has worked on is 7.3.

Mark and Jez are a couple of twenty-something roommates who have nothing in common - except for the fact that their lives are anything but normal. Mayhem ensues as the pair strive to cope with day-to-day life.

A comedy panel game in which being Quite Interesting is more important than being right. Sandi Toksvig is joined each week by four comedians to share anecdotes and trivia, and maybe answer some questions as well.

Two teams, lead by their team leader (either Lee Mack or David Mitchell), have to try and make the other team believe their crazy stories.

The adventures and politics of a British ambassador to a fictitious Asian country called Tajbekistan.

Sitcom following estranged foster-brothers Stephen and Andrew as they vow to take over the family business following the death of their father.

Satire about the world of the super-rich.