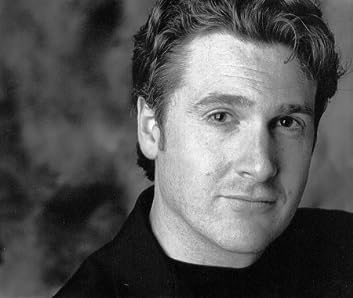 David Kaye's voiceover career began with 'The Great American Hero', General Hawk in the D.I.C. animated series, G.I. Joe in 1989. Working as an on-air talent for radio station C.K.L.G. (L.G.73) quickly became less interesting as both on-camera and behind-the-microphone roles started taking up more time. Over the next decade and a half David's on camera roles burgeoned along with his vocal career. On camera opportunities came in the form of guest roles on numerous TV series and movies such as The X-Files, Battlestar Galactica and Happy Gilmore.During this time David was being cast in some of the first of hundreds of animated shows and video games. So many, in fact, this now became the main focus of his career and he's never looked back.David's biggest moment was when he was cast as Megatron in 1994 in the popular series 'Transformers'. As a new animation art form was taking off (bolstered by Mainframe Entertainment's C.G.I. advances), 'Beast Wars' was born ('Beasties' in Canada) and would run for three seasons of "...the most fun you could ever have!". Thus began an almost twenty-year relationship with the 'Transformers' franchise. In 2007, David became the only actor in the history of the franchise to play the lead villain AND the lead hero when he was cast as Optimus Prime for Cartoon Network's 'Transformers: Animated'.Once again, David finds himself returning to a franchise he first engaged in years before. This time going back to the beginning with G.I. Joe. Not only can he be heard as Scarlett's father, but also introducing every episode as the narrator during the opening titles.For fans of Anime, David was the voice behind Sesshomaru in the English dub of the original 'InuYasha' series, Treize Khushrenada in 'Mobile Suit Gundam Wing', Recoome in the original English dub of 'Dragon Ball Z', and as the high strung father, Soun Tendo in 'Ranma 1/2'. His anime work still brings fans to conventions to meet him.After commuting between Vancouver and Los Angeles for almost a decade, a full-time move to L.A. was inevitable. Shortly after the move, David landed a role in Disney/Pixar's Oscar winning movie, 'Up'.As the work keeps coming in, David's voice can be heard in Insomniac's 'Ratchet & Clank' video game series as the lovable robot Clank. He's also been featured as Mysterio in 'Spider-Man: Shattered Dimensions', 'Disney Infinity: Marvel Super Heroes' and 'Marvel Ultimate Alliance 3: The Black Order', Nick Fury and Captain America in 'Marvel: Ultimate Alliance 2', Nathan Hale in 'Resistance', Logan Carter in 'Dead Island', Missing Link in 'Monsters vs. Aliens', and many more.He has continued to work in cartoons, voicing Khyber in 'Ben 10: Omniverse' and Baby Reginald on 'Regular Show', as well as J.A.R.V.I.S., Vision and Baron Zemo on 'Avengers Assemble', Vandal Savage on 'Young Justice', Duckworth on 'DuckTales', and Grandpa Max in the reboot of 'Ben 10'. David also voices segments for the HBO news-satire program 'Last Week Tonight with John Oliver'.With continuing commitments for movie trailers, network promotions for ABC, Fox, the CW, and a host of radio and television affiliates and a lot of commercial work, the days get a little tight from time to time, but he doesn't mind. - IMDb Mini Biography By: Stephen Sisk & David Kaye

Amazon Video has the most number of David Kaye’s flixes, followed by Tubi TV compared to other streaming platforms. See the full graph below.

On average the IMDB score of the movies that David Kaye has worked on is 6.6.

The Transformers' war continues in an older time, through a new generation. On pliocenic Earth, the heroic Maximals and the evil Predacons battle for survival against each other and against a violent planet.

A squadron of giant robot pilots of a beleaguered Earth colony bring the war to their oppressive home planet.

This rendition of X-Men features Cyclops, Jean Grey, Rogue, Nightcrawler, Shadowcat and Spike as teenagers as they fight for a world that fears and hates them.

Follow the adventures of Jack Holister, an extraordinary skydiver who leads a group of vigilante crime fighters known as the Skysurfer Strike Force. Jack's mission is to seek out and defeat...

Welcome to a tangled web of secrets and deception...The story of allied intelligence agents who've discovered extraterrestrial beings on Earth, thriving here for centuries through the ...

After a thousand years of exile, Talpa, ruler of the Netherworld, returns to claim the Earth as his own. The only thing that can stop him and his minions are five young men and their mystical suits of armor.