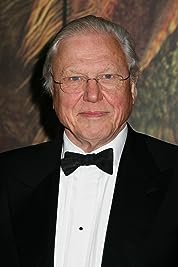 Born 8 May 1926, the younger brother of actor Lord Richard Attenborough. He never expressed a wish to act and, instead, studied Natural Sciences at Cambridge University, graduating in 1947, the year he began his two years National Service in the Royal Navy. In 1952, he joined BBC Television at Alexandra Palace and, in 1954, began his famous "Zoo Quest" series. When not "Zoo Questing", he presented political broadcasts, archaeological quizzes, short stories, gardening and religious programmes.1964 saw the start of BBC2, Britain's third TV channel, with Michael Peacock as its Controller. A year later, Peacock was promoted to BBC1 and Attenborough became Controller of BBC2. As such, he was responsible for the introduction of colour television into Britain, and also for bringing Monty Python's Flying Circus (1969) to the world.In 1969, he was appointed Director of Programmes with editorial responsibility for both the BBC's television networks. Eight years behind a desk was too much for him, and he resigned in 1973 to return to programme making. First came "Eastwards with Attenborough", a natural history series set in South East Asia, then The Tribal Eye (1975) , examining tribal art. In 1979, he wrote and presented all 13 parts of Life on Earth (1979) (then the most ambitious series ever produced by the BBC Natural History Unit). This became a trilogy, with Die Erde lebt (1984) and Spiele des Lebens (1990).His services to television were recognised in 1985, and he was knighted to become Sir David Attenborough. The two shorter series, "The First Eden" and "Lost Worlds, Vanished Lives" were fitted around 1993's spectacular Life in the Freezer (1993), a celebration of Antarctica and 1995's epic The Private Life of Plants (1995), which he wrote and presented. Filming the beautiful birds of paradise for Attenborough in Paradise (1996) in 1996 fulfilled a lifelong ambition, putting him near his favourite bird. Entering his seventies, he narrated the award-winning Wildlife Specials (1995), marking 40 years of the BBC Natural History Unit. But, he was not slowing down, as he completed the epic 10-part series for the BBC, Das Leben der Vögel (1998) along with writing and presenting the three-part series State of the Planet (2000) as well as Das Leben der Säugetiere (2002). Once broadcast, he began planning his next projects.He has received honorary degrees from many universities across the world, and is patron or supporter of many charitable organisations, including acting as Patron of the World Land Trust, which buys rain forest and other lands to preserve them and the animals that live there. - IMDb Mini Biography By: garryq

Amazon Video has the most number of David Attenborough’s flixes, followed by Vudu compared to other streaming platforms. See the full graph below.

On average the IMDB score of the movies that David Attenborough has worked on is 8.1.

Emmy Award-winning, 11 episodes, five years in the making, the most expensive nature documentary series ever commissioned by the BBC, and the first to be filmed in high definition.

Documentary series focusing on the breadth of the diversity of habitats around the world, from the remote Arctic wilderness and mysterious deep oceans to the vast landscapes of Africa and diverse jungles of South America.

Millions of years ago incredible forces ripped apart the Earth's crust creating our seven continents - each with its own distinct climate, its own distinct terrain and its own unique animal...

David Attenborough returns to the world's oceans in this sequel to the acclaimed documentary filming rare and unusual creatures of the deep, as well as documenting the problems our oceans face.

The fascinating relationship between predators and their prey, and the strategies predators use to catch their food and prey use to escape death.

Follow the true stories of five of the world's most celebrated, yet endangered animals; penguins, chimpanzees, lions, painted wolves and tigers. Each in a heroic struggle against rivals and...

David Attenborough 's legendary BBC crew explains and shows wildlife all over planet earth in 10 episodes. The first is an overview of the challenges facing life, the others are dedicated ...