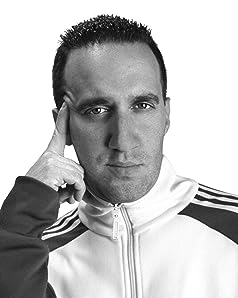 Born and raised in New York City, Danny Hoch (rhymes with rock) attended the High School of Performing Arts where he began his studies in theatre. After studying in London and then working with a high-octane theatre troupe (Creative Arts Team) in NYC's jails and high schools, Mr. Hoch began to develop his unique brand of solo performance or monologues, where he portrays a dozen or so characters of all ages and backgrounds in one piece, usually 90 minutes long. These solo shows eventually became cult classics which were taped for HBO (Some People, 1995) and as a feature film (Jails, Hospitals & Hip-Hop 1998). Five of these tour-de forces have been performed all over the U.S. and the world, as well as other plays written by Mr. Hoch. Mr. Hoch's theatre work has garnered him several awards for both writing as well as performance, including the prestigious Guggenheim Fellowship, 2 OBIE's, a USA Ford Fellowship, a Creative Capital Award, the CalArts Alpert Award in Theatre, and several Sundance Institute Fellowships, where he developed his classic film Whiteboyz (1999), which was developed from a character in Jails, Hospitals & Hip-Hop (1998)_.In 2000 He founded the Hip-Hop Theater Festival to promote and support Hip-Hop Generation arts and artists, which is still in existence today. Having worked with such lauded theatre artists as Nilaja Sun, Eisa Davis, Will Power, Liza Colon-Zayas and Marc Bamuthi Joseph, he has also worked in film and television alongside such talents as Keanu Reeves, James Caan, Edie Falco, Boaz Yakin, Joaquin Phoenix, Margaret Cho, Paul Giamatti, Liev Schreiber, Jason Statham and Eric Bana, and has had the opportunity to work for directors such as Curtis Hanson, Steven Spielberg, John Turturro, Spike Lee, Darnell Martin, James Gray, Marc Levin and Terrence Malick.His writing has been published in the New York Times, Village Voice, The Nation, Harpers, American Theatre Magazine and several books, including an anthology of his work which is to be released in late 2013 by TCG.In addition to mastering scores of accents both regional and international, he also speaks fluent Spanish, and has performed his solo shows in 5 Latin American countries- in different accents (Dominican, Puerto Rican, Cuban, Mexican, Argentinian, Chilean and Castilian). It is reported that very few people know what his regular speaking voice actually sounds like.A bit of trivia: At the High School of Performing Arts, Danny Hoch went to High School with Jennifer Aniston, Eagle Eye Cherry, Marlon Wayans, Adrien Brody, Reno Wilson, Seth Gilliam, Curtis McClaren, Dondre Whitfield, Alex Desert, Carl Payne, Kirk Acevedo and Rory Cochrane.Last year he was seen on Broadway in a play by Woody Allen and Ethan Coen, alongside Steve Guttenberg, Marlo Thomas and Marc Linn-Baker. - IMDb Mini Biography By: Anonymous

Vudu has the most number of Danny Hoch’s flixes, followed by DIRECTV compared to other streaming platforms. See the full graph below.

On average the IMDB score of the movies that Danny Hoch has worked on is 6.6.

Two strangers are drawn to a mysterious pharmaceutical trial for a drug that will, they're assured, with no complications or side-effects whatsoever, solve all of their problems permanently. Things do not go as planned.

A New York City nightclub manager tries to save his brother and father from Russian Mafia hitmen.

A teen runaway falls in love with a fellow heroin junkie. But the two are far too deep in their drug addictions for love to offer any hope.

A young man lives and learns while growing up on the street and in and out of correctional facilities.

A teenager in a family shelter, wages war against the system to keep her sisters together while she pursues her dreams of being a dancer. A story about displaced youth, ambition and strength.

In Flip's path towards "keeping it real" by becoming hip-hop star, harsh realities surface to shake up his world.