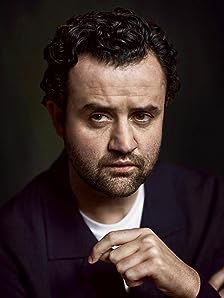 Daniel Alan Mays (born 31 March 1978) is an English actor.Born the third of four boys, Mays was brought up in Buckhurst Hill, Essex, by his electrician father and bank cashier mother. He attended the Italia Conti Academy of Theatre Arts before going on to win a place at the Royal Academy of Dramatic Art.After graduating from RADA in 2000, Mays soon started appearing in a number of supporting roles ranging from a bit part in the BBC soap opera EastEnders in 2000 to playing a pilot in Jerry Bruckheimer's big-budget Pearl Harbor (2001). He was cast in the Mike Leigh film All or Nothing (2002) as Jason, a thug who abused his girlfriend, and also appeared in Leigh's next project, Vera Drake (2004), in which he played Sid, the protagonist's son. His performances for Leigh resulted in further offers of work.One of Mays's most notable early roles was in the improvised BBC drama Rehab. Directed by acclaimed film maker Antonia Bird, Rehab was a drama about life inside a drug rehabilitation facility. He starred as Adam, a young heroin addict released from prison and sent directly to rehab. For his performance Mays was awarded the Best Actor award at the Palmare-Reims Television Festival in 2003.Mays has continued to work regularly, and has appeared in a variety of productions, which have included a part in Johnny Vaughan's sitcom, Top Buzzer (2004); the lead role of Carter Krantz in BBC Three's Funland (2005); as well as film appearances in Atonement (2007), White Girl (2008) and The Bank Job (2008).May starred in a television film Des Hauses Hüterin (2007) alongside Penelope Wilton.Mays starred in Channel 4's Friday-night comedy-of-errors sitcom Plus One, in which he played Rob Black, the perennial victim of Sod's law whose girlfriend has dumped him to marry "Duncan from Blue". He played the role of Michael Myshkin in Channel 4's adaptation of David Peace's Red Riding trilogy. He also appears in the third and final series of Ashes to Ashes on BBC1 as Discipline and Complaints Officer, DCI Jim Keats (who is actually the devil disguised as a police officer).In addition to his TV and film work, Mays has also starred in six stage plays at London's Royal Court Theatre. The productions have included Ladybird, Motortown, The Winterling and Scarborough. Simon Stephens wrote the lead role of Danny in Motortown with Mays in mind. He went on to win critical acclaim for his performance, but the hard-hitting play was too much for some audience members and walkouts were not uncommon.Projects in 2009 included Hippie Hippie Shake (as '60s alternative figurehead David Widgery, alongside Cillian Murphy and Sienna Miller); a role opposite Anna Friel in the third series of Jimmy McGovern's The Street; a "mark" in the BBC drama serial Hustle; as well as an appearance in the independent British film Shifty, co-starring Riz Ahmed, for which he received a nomination for best supporting actor at the British Independent Film Awards.Mays starred as Eddie O'Grady in the 2010 film Made in Dagenham. In the same year, he played DCI Jim Keats in the third series of "Ashes to Ashes", in which he portrayed a character that was the antagonist of Philip Glenister's Gene Hunt.Mays appears in the BBC sci-fi series Outcasts, which started on 7 February 2011, as PAS Officer Cass Cromwell, and in the ninth episode of the 6th series of Doctor Who, titled "Night Terrors," broadcast on BBC One on 3 September 2011.He had roles in No One Gets Off in This Town and a supporting role in the Steven Spielberg film The Adventures of Tintin: The Secret of the Unicorn. However the latest part he has played was a criminal on a curfew after serving a 10-year sentence for the murder of his girlfriend when he was 19 in the programme Public Enemies, which aired on BBC One in early January 2012. He played Ronnie Biggs in a 5-part drama called Mrs Biggs alongside Sheridan Smith.For much of the latter half of 2013, Mays performed on stage. Performing in Nick Payne's The Same Deep Water As Me at the Donmar Warehouse alongside Nigel Lindsay and in the first major revival of Jez Butterworth's debut play, Mojo at the Harold Pinter Theatre. He starred alongside Ben Whishaw, Brendan Coyle, Rupert Grint and Colin Morgan.Mays starred in Series 3 of BBC drama Line of Duty as Sergeant Danny Waldron, an armed response officer whose troubled and abusive childhood comes under investigation following his death in episode one as part of wider investigation of police corruption throughout the serial.From 29 March - 14 May 2016 Mays played the part of Aston in Harold Pinter's play The Caretaker directed by Matthew Warchus at The Old Vic Theatre in London opposite Timothy Spall and George MacKay.Mays portrayed Tivik in the film Rogue One: A Star Wars Story.On 11 April 2017 Daniel Mays was nominated for a BAFTA Television Award for Supporting Actor for his role in Line of Duty series 3. - IMDb Mini Biography By: Anonymous

Amazon Video has the most number of Daniel Mays’s flixes, followed by Vudu compared to other streaming platforms. See the full graph below.

On average the IMDB score of the movies that Daniel Mays has worked on is 7.0.

April 6th, 1917. As a regiment assembles to wage war deep in enemy territory, two soldiers are assigned to race against time and deliver a message that will stop 1,600 men from walking straight into a deadly trap.

Through original diaries, letters, and memoirs, this unforgettable documentary tells how the lives of regular British men and women were transformed by the Great War. Along with historical ...

A tale of the bungling of Armageddon features an angel, a demon, an eleven-year-old Antichrist, and a doom-saying witch.

The story of Nan Astley who falls in love with three different women on her journey to stardom and happiness in 1887 Victorian England.

The true story of Charmian Brent (née Powell), the rebellious product of a strict 1950s upbringing, and her whirlwind romance with Ronald Biggs leading to a descent into crime, most infamously 1963's Great Train Robbery.

Focuses on two women living on either side of the Irish Sea, and how they are brought together in the wake of the Warrington bombing of March 1993.

A guy is invited to his ex-girlfriend's wedding and needs a date.

Peter Wildeblood's affair with a handsome serviceman he met in Piccadilly during the time homosexuality was a crime and the devastating consequences of their relationship.