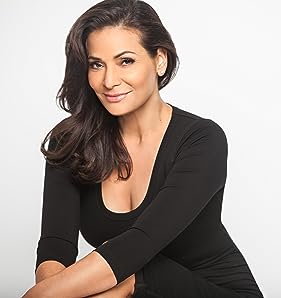 Constance Marie was a very busy actress in 2002, juggling two primetime series: a short-lived one-hour drama American Family (2002), which aired on PBS and a half-hour sitcom, George Lopez (2002) on ABC.On the critically praised American Family (2002), Marie starred alongside Edward James Olmos, Sônia Braga, Esai Morales and Raquel Welch,as Nina, a daughter in the Gonzales family and a sexy legal aid attorney, whose liberal and political ideas are constantly challenged by her conservative father "Jess", played by Olmos. American Family (2002) was the PBS's first-ever original television series.On George Lopez (2002), Marie starred as Angie Lopez, George's wife and the mother of their two children. The series stared stand-up comedian George Lopez and aired for a while during the last half hour of Marie's other series, American Family.Marie was seen starring as Yolanda in the highly celebrated Samuel Goldwyn film, Tortilla Soup (2001). She played the daughter of Raquel Welch, who coincidentally stared as her aunt in America Family.Marie's thriving career on both the small and big screen began when, as a teenager in Los Angeles' underground breakdancing scene, she was selected out of a group of 500 hopefuls to dance in David Bowie's Glass Spider Tour.Upon arriving back in Los Angeles, Marie was cast as a dancer in the movie Salsa (1988). The film's choreographer introduced her to Steve Tisch, who gave Marie her very first acting job and an amazing one at that: a series regular role as Penny on CBS's short-lived Dirty Dancing (1988).While TV was Marie's first job, she began to desire work in feature films as well. Naturally, it was only a matter of time before Marie was working in features, starring as Toni Sanchez in the critically recognized 1995 Newline feature Mi familia (1995), directed by Gregory Nava. The project was also the first of many times Marie has worked with fellow actor and friend Edward James Olmos.Marie went on to win praise from fans for her portrayal of Tejano music legend Selena's mother, Marcella Quintanilla, in the blockbuster film Selena (1997). Less than four years older than her on-screen daughter (portrayed by Jennifer Lopez, Constance Marie underwent four hours of extensive make-up in order for her to look like Selena's mother. She has continued to work almost non-stop since.TV producer Gary David Goldberg offered Marie a role as Michael J. Fox's antagonist love interest, Gabby, on the ABC series Spin City: Loca alcaldía (1996), a stint that helped the series achieve some of its highest ratings to date. Offers were pouring in and Marie found herself starring as Gabriella Diaz, on the another short-lived series Union Square (1997).The cancellation of the highly publicized Union Square allowed the in-demand Marie to quickly jump into another role, as Detective Toni Brigatti on Edición anterior (1996), where she guest starred on six occasions between 1998 and 2000. In 1999, she appeared in two episodes of Tres para todo (1998).In 2000-2001, she had a recurring role on For Your Love (1998). In 2001, Marie went back to her dancing roots to portray Inez Cortez, a salsa champion on Ally McBeal (1997).Other credits include the NBC pilot El secreto del hampa (1997) opposite Kevin Pollak and the Mario Van Peebles-directed ABC pilot, "Missing Persons".In addition to her numerous film and television starring roles, Marie cameoed in the comedy Spot (2001) and starred in the 2000 Sundance Film Festival favorite Entre líneas (2000).After George Lopez (2002) ended in 2007, she has guest starred on C.S.I. (2000), Vida secreta de una adolescente (2008) and El mundo según Jim (2001). She is currently starring in Cambiadas al nacer (2011) as Regina Vasquez. - IMDb Mini Biography By: anonymous

Amazon Video has the most number of Constance Marie’s flixes, followed by Google Play Movies compared to other streaming platforms. See the full graph below.

On average the IMDB score of the movies that Constance Marie has worked on is 6.5.

A woman discovers she has a new relationship with time after surviving a car accident that almost killed her.

Two teenage girls' lives are turned upside down when they find out they were switched at birth.

Behind the murders of a Hollywood movie executive and his former beauty queen wife by their sons.

The hopes, dreams, and fears (mostly fears) of Kat and June's inner lives are heard out loud in this comedic series about the birth of a strange but beautiful female friendship.

Comedian George Lopez stars as a Los Angeles manufacturing plant manager attempting to deal with his wacky family along with other random mishaps.

Allison isn't quite sure if her new friend, Amy, is her guardian angel or a crazy person.

A continuation of the movie of the same name where Frances "Baby" Houseman falls in love with camp dance instructor Johnny Castle.