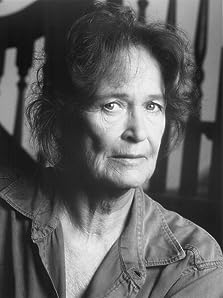 Amazon Video has the most number of Colleen Dewhurst’s flixes, followed by DIRECTV compared to other streaming platforms. See the full graph below.

On average the IMDB score of the movies that Colleen Dewhurst has worked on is 7.0.

In Connecticut in September 1923, the lives of three people collide: Josie, a domineering Irish woman with a quick tongue and a ruined reputation, her conniving father, tenant farmer Phil ...

Documentary
The Good Fight: The Abraham Lincoln Brigade in the Spanish Civil War (1984)

The story of an American Communist militia that fought for the Spanish Republicans in the 1936-39 Civil War.

A young girl is on top of the world until a tragic accident dashes her hopes and dreams of becoming a world-class figure skater. Only with the help of those who love her can she prove to ...

Drama,History
The Story of Jacob and Joseph (1974)

A movie telling the Biblical stories of the last of the Hebrew Patriarchs in the Book of Genesis.

A getaway driver comes out of retirement to pull off one last run - one that could send him to an early grave instead.

Seattle cop is caught up in a corrupt police force that he is trying to make right. Mq is a cop with a mission.

A nurse falls in love with a terminally ill man.