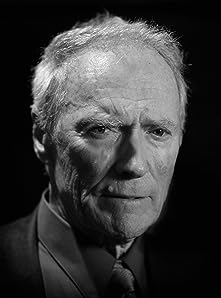 Amazon Video has the most number of Clint Eastwood’s flixes, followed by Google Play Movies compared to other streaming platforms. See the full graph below.

On average the IMDB score of the movies that Clint Eastwood has worked on is 7.0.

A determined woman works with a hardened boxing trainer to become a professional.

The story of the battle of Iwo Jima between the United States and Imperial Japan during World War II, as told from the perspective of the Japanese who fought it.

The lives of three men who were childhood friends are shattered when one of them has a family tragedy.

Grief-stricken mother Christine Collins (Angelina Jolie) takes on the L.A.P.D. to her own detriment when it tries to pass off an obvious impostor as her missing child.

When a madman calling himself "the Scorpio Killer" menaces the city, tough as nails San Francisco Police Inspector "Dirty" Harry Callahan is assigned to track down and ferret out the crazed psychopath.