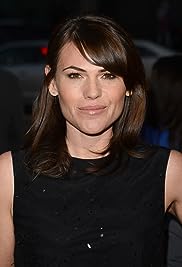 Clea DuVall was born in Los Angeles on September 25, 1977, to Rosemary (Hatch) and actor Steph DuVall. DuVall's teenage years presented her with many challenges. Her parents divorced when she was twelve, and, when her mother remarried, DuVall moved out because she did not feel at home in the newly-reconstituted family, dropping out of high school and getting her own apartment. An only child, she sought entertainment in movies and television programs, which she consumed voraciously, memorizing entire scenes from movies. Though a rather shy person, DuVall decided she wanted to be an actress, and returned to high school, this time the Los Angeles High School of the Arts. However, the rigors of independent living (she had to work to support herself) meant that she could spend little time in class, and, as a result, she fared poorly in the school.Nonetheless, DuVall had intensity, commitment and strong natural talent, and soon after graduating, the roles began to come, at first guest spots in television programs and small roles in small films. Soon her first major role came, in Robert Rodriguez's successful 1998 take on the alien-body-snatcher genre, The Faculty (1998), which featured many other up-and-coming young actors such as Elijah Wood and Josh Hartnett, as well as a strong cast of established adult performers. DuVall played Stokely, a bizarre, tough Goth Girl. This role was typical of DuVall's casting - the outsider, attractive though in an edgy and sometimes slightly disturbing way. (DuVall is pretty and can be glamorous, or can appear rough-around-the-edges, for a role.) Similar roles came in But I'm a Cheerleader (1999) as a tattooed lesbian and Girl, Interrupted (1999) as a mental patient.DuVall is a complex person - soft-spoken and friendly, yet tough and independent - and she ably lends this complexity to her characters, making her a popular casting choice. She continues to turn in strong performances in such productions as the ensemble thriller Identity (2003), the HBO Gen-X supernatural series Carnivàle (2003) and the critically-praised 21 Grams (2003). DuVall is a chain smoker and a close friend of director Jamie Babbit. She is no relation to veteran actors Robert Duvall or Shelley Duvall. - IMDb Mini Biography By: Larry-115

Amazon Video has the most number of Clea DuVall’s flixes, followed by Vudu compared to other streaming platforms. See the full graph below.

On average the IMDB score of the movies that Clea DuVall has worked on is 6.3.

During the Great Depression, an Oklahoma farm boy and a charismatic minister learn that they are key players in a proxy war being fought between Heaven and Hell.

An artist gets a job at a beachside sandwich shop, where she hangs out with a techie, a flirt, a rocker, a hippie, and a Wiccan.

Based on writer Susanna Kaysen's account of her 18-month stay at a mental hospital in the late 1960s.

Fictionalized account of actual events and people surrounding Lizzie Andrew Borden after her controversial acquittal of the double murder of her father and stepmother in 1892.

Comedy,Drama,Romance
But I'm a Cheerleader (1999)

A naive teenager is sent to rehab camp when her straitlaced parents and friends suspect her of being a lesbian.

A young woman with a plan to propose to her girlfriend while at her family's annual holiday party discovers her partner hasn't yet come out to her conservative parents.

Students suspect that their teachers are aliens after bizarre occurrences.

A new take on the Manson Family murders, with a keen focus on Charles Manson himself.