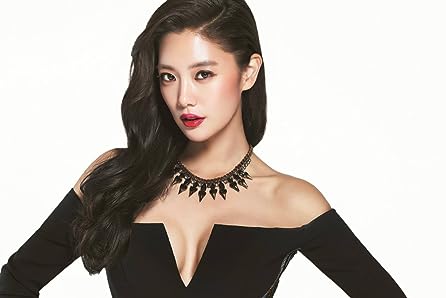 Clara Lee is a Korean-American actress from the Republic of Korea. Born in Switzerland, Clara is the daughter of Tom Lee (Seung Kyu Lee) and Kyung Oae Lee, a former ballerina from Europe. Tom Lee, the lead Singer of Korean musical group "Koreana," performed at the Opening ceremonies of the 1988 Seoul Olympics where they sang Olympic the official theme song, "Hand in Hand".Clara's childhood was full of cultural diversity which made her perfectly bilingual in Korean and English since her parents has been touring around Europe for their performances. Her family then moved to Los Angeles, California where she went to high school and college. Clara had her first casting on the street of Los Angeles, then debuted as a model in a Korean Bank Campaign. With extensive casting calls from Korea, Clara decided to move to Seoul, South Korea in 2005 to begin her career as a professional model.Finally, Clara made her first professional model debut in Korea from the "Beautiful Face Contest" at the age of 19. She made her first screen debut in advertisement "Man with flowers; Coenzyme Q10" of Somang Cosmetic, which promoted a huge surplus in Korean cosmetic society in the year of 2006. With a successful model debut, Clara was the face of nationwide advertisements of Korea such as SK Telecom, Acuvue, Pizza Hut, Shopping Mall '1 1st', Dunkin Donuts, Shin Han Bank, KTF, Sketchers, Clinique, American Apparel, AXE, Lotte, Sprite, and Toshiba. While becoming a household name in Korea, Clara has become well recognized in other parts of Asia as well.Although highly regarded for her modeling career, Clara's acting ability caught many film directors' eyes which led to her acting debut in a TV series, "Clear Human, Choi Jang Soo." Clara continued her acting career by landing major roles in popular TV series such as "Taehee, Hyegyo, Jihyeon E," "Good Windy Day," "Please Captain," "Delicious Life," "Goddess of Marriage," and many more. She was also in major movies such as "Five Senses of Eros" and also played the main character in a Japanese movie, "Ask this of Rikyu"which was directed by Mitsubishi Tanaka and won the Art Award at the Montreal International Film Festival in 2013.While acting, Clara became known as the Music Video heroine as well. She made appearances in some of the hottest music videos such as Korean singer Tei's "Same Pillow," Moon Hee Jun's "Toy," December's "A Story to the Sky," Jay Park's "Jo-ah," and Taiwanese Pop singer, Juno's "Nothing to Lose." Clara can also be found in many popular variety show programs such as "Saturday Night Live."Clara's distinctive exotic beauty and a novelty of charm fascinates countless fans all across the globe. Gracing the covers of numerous magazines, Clara is not only highly demanded as an actress and model, but also an icon regarded as the new fashionista for the next generation. - IMDb Mini Biography By: Anonymous

Amazon Video has the most number of Clara Lee’s flixes, followed by Amazon Prime Video compared to other streaming platforms. See the full graph below.

On average the IMDB score of the movies that Clara Lee has worked on is 6.2.

Jin-Hee and Chang-Min marry young but get a divorce soon after when things between them turn bitter. Years later they meet again as interns in an ER, where they must deal with a demanding job and the antipathy still fresh between them.

Jang Na Ra (My Love Patzzi) marks her return to Korean dramas with Baby Faced Beauty. Na Ra plays Lee So Young, a 34-year-old woman who looks ten years younger than she is, and manages to ...

Beautiful, workaholic Bo-hee is a successful marketing executive at the number one toy company in Korea. Respected by her colleagues and in line for a promotion, she makes an irrevocable ...

A tragic love story set against the lynching of 18 Chinese immigrants in Los Angeles, in 1871. Filmed in Utah.