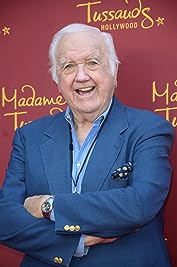 A third-generation performer and the son of a singing band leader, Chuck McCann was already a show business veteran by age eleven. Born in Brooklyn, he began his career as a child actor on radio, and by the age of nineteen had appeared on The Steve Allen Show (1951). He performed on several NYC-based radio programs, and went on to create his own stand up act performed at many NYC/NJ/LI nightclubs and on many popular TV variety shows. For a time, he took a hiatus from nightclub and TV performing to study with The Pasadena Playhouse, where he gave a memorable performance in their production of '12th Night' as Sir Toby Belch. McCann would return to NYC to continue to perform in nightclubs and on TV variety shows. Until he was introduced to puppetry, first by Skip Boyland and then by Paul Ashleyon NBC TV's: Rootie Kazootie (1952). For the next 17 years, Ashley and McCann appeared on numerous TV shows: Rootie Kazootie (1952), "Uncle Paul's Lunchtime", The Gumby Show (1956) with Pinkie Lee, "The Puppet Hotel!", "Laurel & Hardy & Chuck!", "Let's Have Fun!", "The Chuck McCann Shows", "The Great Bombo's Magic Cartoon Circus Lunchtime Show" and "Chuck McCann's Laurel & Hardy Show!". After the cancellation of the latter on Friday June 9, 1967, Ashley and McCann went their separate ways.McCann went onto become a successful comic/character actor and mimic, doing voice over for many television cartoon shows and playing character parts on numerous dramatic and comedic TV series and movies. Paul Ashley used his puppets in industrial films and industrial stage shows. McCann also starred on other TV series: Turn-On (1969), Happy Days (1974), Far Out Space Nuts (1975),All That Glitters (1977), _"New Kind Of Family, A" (1979)_ and "Chuck McCann's Fun Stuff!". Ashley was slated to reunite with McCann for "LBS Children's Theater" and another TV puppet show "Tiny TV". But Ashley was forced to drop out both projects, when it was discovered that he was suffering from Alzheimer's Disease and McCann took over as the show's host and performer. "LBS Children's Theater" made its debut in September of 1983 and was on the air for one season. Paul Ashley never lived long enough to see "LBS Children's Theater" become a success. Later, he played the voice of Jollo in the 1992 classic hit Sierra video game King's Quest VI: Heir Today, Gone Tomorrow.Chuck McCann died on April 8, 2018 in Los Angeles, California, of heart failure. - IMDb Mini Biography By: Anon and Kevin S. Butler

Amazon Video has the most number of Chuck McCann’s flixes, followed by Google Play Movies compared to other streaming platforms. See the full graph below.

On average the IMDB score of the movies that Chuck McCann has worked on is 6.3.

The globe-trotting treasure-hunting money-making adventures of billionaire Scrooge McDuck and his nephews.

A group of mutants fight against the pollution-loving alien Dr. Killemoff in the fictional city of Tromaville, led by Toxie, a nerd-turned-superhero.

The adventures of the video game character and his family.

A father who experiments with his son's psychokinetic powers is unaware that these experiments release a demon from hell, which lives in his son's closet, preparing to take over the young boys soul.

A young man invents a robot dog that has super strength, x-ray vision and can detect crimes being committed. A greedy businessman tries to steal the invention from him.