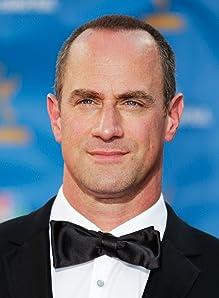 Amazon Video has the most number of Christopher Meloni’s flixes, followed by Vudu compared to other streaming platforms. See the full graph below.

On average the IMDB score of the movies that Christopher Meloni has worked on is 6.4.

With the country on the brink of Civil War, the struggle for freedom is more dangerous than ever. Underground follows the story of American heroes and their moving journey to freedom.

Comedy,Drama,Romance
The Diary of a Teenage Girl (2015)

A teen artist living in 1970s San Francisco enters into an affair with her mother's boyfriend.

A former star of a popular boyband longs for the life he once had before deciding to launch his solo career.

Drama,Mystery,Thriller
White Bird in a Blizzard (2014)

In 1988, a teenage girl's life is thrown into chaos when her mother disappears.

A young guy decides to skip college in favor of joining his father on the lot of his used-car business.

A doctor, who is travelling to see his estranged son, sparks with an unhappily married woman at a North Carolina inn.