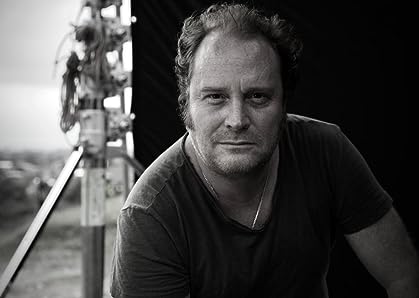 Christian Tappan is a Mexican-Colombian actor, born on Mexico, to Mexican father Alfredo Tappan and Colombian mother. Since an early age studied on Televisa's Child School first and Colombia later, with total support of his father, directer, producer and cinematographer Alfredo Tappan. His first show's appearance was on the show "Imaginate" besides María Angélica Mallarino. They later released an LP called "Soñando Canciones".With a career in television, film and theater of more than 38 years, both in Mexico and in the rest of Latin America, is an actor with great recognition as much of the productions in which he has participated have been seen in several countries around of the world. Some of his latest projects are: Snowfall (2017) Season 3, La Reina del Sur (2011), Distrito Salvaje (2018), María Magdalena (2018), Paraíso Travel (2018), La Fiscal de Hierro (2017), La Boda de Valentina (2018), La Hermandad (2016), Cuando vivas conmigo (2017), Narcos (2015), where he plays Kiko Moncada with Wagner Moura, La Esquina Del Diablo (2015), and Fugitivos (2014), where he plays Steve Houston, a bipolar DEA detective who makes life miserable for the protagonist, role for which he was nominated as" favorite villain "in Los Premios TV y Novelas in 2015.Other works include La Suegra (2014), where he plays Bernardo Burgos, a manipulable man and lack of character, a character that gave him a nomination for the TV and Novelas Awards as best leading actor. He also participated in one of the most sold Colombian productions worldwide: Pablo Escobar: El Patrón del Mal (2012), playing Gonzalo Gaviria, cousin and partner of Pablo Escobar. But it is La Promesa (2013), with his character Roberto Aristizábal, one of the most marked in his career, by the great dramatic load he had (alcoholic and father of one of the girls who take to Spain as a prostitute).Films like "Before the Fire" by Laberinto Films, "Blunt Force Trauma" with 64 A Films, Que viva la música (2015) and La semilla del silencio (2015), these last two participants at Sundance 2015, at the Guadalajara Festival 2015 and at the Ficci 2015 in Cartagena, they add to their professional experience.He is winner of two India Catalina awards as best supporting actor for Pablo Escobar: El Patrón del Mal (2012)and La Promesa (2013). - IMDb Mini Biography By: Christian Tappan's Press

DIRECTV has the most number of Christian Tappan’s flixes, followed by Pantaya compared to other streaming platforms. See the full graph below.

On average the IMDB score of the movies that Christian Tappan has worked on is 7.1.

The exploits of the notorious drug lord, Pablo Escobar.

Jhon Jeiver, a lethal guerrilla fighter who escapes from the jungle after the signing and referendum of the Colombian Peace Agreements, arrives in Bogotá escaping from his past, and tries to reinsert himself into society.

Inspired by real-life events, Amalia Ortega, a prominent and brilliant federal agent who leads an investigative unit for the national police.

Teresa Mendoza returns to Mexico after 8 years to fight with Mexican drug dealers.

Drama
Decisions: Some Win and Others Lose (2019)

Inspired by high profile research, cases of human identity, social and political struggles, each episode focuses on a transcendental decision that will change the lives of the main characters in a moving, extraordinary and radical way.

Valentina has the perfect life in America. Her universe trembles when Jason, her boyfriend, proposes marriage and she must confront her family, the Hidalgo, the most chaotic and surreal political dynasty in the history of Mexico.