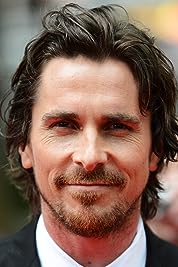 Christian Charles Philip Bale was born in Pembrokeshire, Wales, UK on January 30, 1974, to English parents Jennifer "Jenny" (James) and David Bale. His mother was a circus performer and his father, who was born in South Africa, was a commercial pilot. The family lived in different countries throughout Bale's childhood, including England, Portugal, and the United States. Bale acknowledges the constant change was one of the influences on his career choice.His first acting job was a cereal commercial in 1983; amazingly, the next year, he debuted on the West End stage in "The Nerd". A role in the 1986 NBC mini-series Anasztázia (1986) caught Steven Spielberg's eye, leading to Bale's well-documented role in A Nap birodalma (1987). For the range of emotions he displayed as the star of the war epic, he earned a special award by the National Board of Review for Best Performance by a Juvenile Actor.Adjusting to fame and his difficulties with attention (he thought about quitting acting early on), Bale appeared in Kenneth Branagh's 1989 adaptation of Shakespeare's V. Henrik (1989) and starred as Jim Hawkins in a TV movie version of Kincses sziget (1990). Bale worked consistently through the 1990s, acting and singing in Rikkancsok (1992), Szving mindhalálig (1993), Kisasszonyok (1994), Egy hölgy arcképe (1996), A titkosügynök (1996), Metroland (1997), Bálványrock - Velvet Goldmine (1998), Én kis állataim (1998), and Szentivánéji álom (1999). Toward the end of the decade, with the rise of the Internet, Bale found himself becoming one of the most popular online celebrities around, though he, with a couple notable exceptions, maintained a private, tabloid-free mystique.Bale roared into the next decade with a lead role in Amerikai pszichó (2000), director Mary Harron's adaptation of the controversial Bret Easton Ellis novel. In the film, Bale played a murderous Wall Street executive obsessed with his own physicality - a trait for which Bale would become a specialist. Subsequently, the 10th Anniversary issue for "Entertainment Weekly" crowned Bale one of the "Top 8 Most Powerful Cult Figures" of the past decade, citing his cult status on the Internet. EW also called Bale one of the "Most Creative People in Entertainment", and "Premiere" lauded him as one of the "Hottest Leading Men Under 30".Bale was truly on the Hollywood radar at this time, and he turned in a range of performances in the remake Shaft (2000), Corelli kapitány mandolinja (2001), the balmy Laurel Canyon (2002), and 2020: A tűz birodalma (2002), a dragons-and-magic commercial misfire that has its share of defenders.Two more cult films followed: Equilibrium - Gyilkos nyugalom (2002) and A gépész (2004), the latter of which gained attention mainly due to Bale's physical transformation - he dropped a reported 60+ pounds for the role of a lathe operator with a secret that causes him to suffer from insomnia for over a year.Bale's abilities to transform his body and to disappear into a character influenced the decision to cast him in Batman: Kezdődik! (2005), the first chapter in Christopher Nolan's definitive trilogy that proved a dark-themed narrative could resonate with audiences worldwide. The film also resurrected a character that had been shelved by Warner Bros. after a series of demising returns, capped off by the commercial and critical failure of Batman és Robin (1997). A quiet, personal victory for Bale: he accepted the role after the passing of his father in late 2003, an event that caused him to question whether he would continue performing.Bale segued into two indie features in the wake of Batman's phenomenal success: Az új világ (2005) and Nehéz idők (2005). He continued working with respected independent directors in 2006's Hajnali mentőakció (2006), Werner Herzog's feature version of his earlier, Emmy-nominated documentary, Kis Dieter repülni akar (1997). Leading up to the second Batman film, Bale starred in A tökéletes trükk (2006), the remake of Börtönvonat Yumába (2007), and a reunion with director Todd Haynes in the experimental Bob Dylan biography, I'm not there - Bob Dylan életei (2007).Anticipation for A sötét lovag (2008) was spun into unexpected heights with the tragic passing of Heath Ledger, whose performance as The Joker became the highlight of the sequel. Bale's graceful statements to the press reminded us of the days of the refined Hollywood star as the second installment exceeded the box-office performance of its predecessor.Bale's next role was the eyebrow-raising decision to take over the role of John Connor in the Schwarzenegger-less Terminátor - Megváltás (2009), followed by a turn as federal agent Melvin Purvis in Michael Mann's Közellenségek (2009). Both films were hits but not the blockbusters they were expected to be.For all his acclaim and box-office triumphs, Bale would earn his first Oscar in 2011 in the wake of The Fighter - A harcos (2010)'s critical and commercial success. Bale earned the Best Supporting Actor award for his portrayal of Dicky Eklund, brother to and trainer of boxer "Irish" Micky Ward, played by Mark Wahlberg. Bale again showed his ability to reshape his body with another gaunt, skeletal transformation.Bale then turned to another auteur, Yimou Zhang, for the epic Jin ling shi san chai (2011), in which Bale portrayed a priest trapped in the midst of the Rape of Nanking. Bale earned headlines for his attempt to visit with Chinese civil-rights activist Chen Guangcheng, which was blocked by the Chinese government.Bale capped his role as Bruce Wayne/Batman in A sötét lovag: Felemelkedés (2012); in the wake of the Aurora, Colorado tragedy, Bale made a quiet pilgrimage to the state to visit with survivors of the attack that left theatergoers dead and injured. He also starred in the thriller A harag tüze (2013) with Őrült szív (2009) writer/director Scott Cooper, and the drama-comedy Amerikai botrány (2013), reuniting with David O. Russell.Bale will re-team with Az új világ (2005) director Terrence Malick for two upcoming projects: Knight of Cups (2015) and an as-yet-untitled drama.In his personal life, he devotes time to charities including Greenpeace and the World Wildlife Foundation. He lives with his wife, Sibi Blazic, and their two children. - IMDb Mini Biography By: Anonymous

Amazon Video has the most number of Christian Bale’s flixes, followed by Vudu compared to other streaming platforms. See the full graph below.

On average the IMDB score of the movies that Christian Bale has worked on is 7.0.

Eight years after the Joker's reign of anarchy, Batman, with the help of the enigmatic Catwoman, is forced from his exile to save Gotham City from the brutal guerrilla terrorist Bane.

After training with his mentor, Batman begins his fight to free crime-ridden Gotham City from corruption.

American car designer Carroll Shelby and driver Ken Miles battle corporate interference and the laws of physics to build a revolutionary race car for Ford in order to defeat Ferrari at the 24 Hours of Le Mans in 1966.

Somewhere in the universe is a planet only visible to those who believe in it. On the sunny side lives the Old Dreammaker, guardian of the most precious and powerful thing in the world - ...

In 2006-2007 a group of investors bet against the US mortgage market. In their research they discover how flawed and corrupt the market is.

Based on the story of Micky Ward, a fledgling boxer who tries to escape the shadow of his more famous but troubled older boxing brother and get his own shot at greatness.