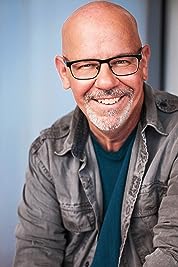 Charles Martin Smith is an American film actor, writer, and director. Born in Van Nuys, California, Smith was discovered by a talent agent while acting in a school play, usually a rare occurrence. After a few years of working in film, he landed the role of Terry "Toad" Fields in George Lucas' 1973 film, American Graffiti (1973). The sequel, American Graffiti, la suite (1979), did not have the success of the original, but he gained notice in The Buddy Holly Story (1978), Un homme parmi les loups (1983) and the successful Starman (1984).Smith's career continued mainly in supporting roles, but he received good reviews for his work in Les incorruptibles (1987). While his career was largely unremarkable in the 1990s after appearing in less successful films, such as Chérie, vote pour moi (1994) and Les complices (1994), Smith turned in a well-regarded performance in the TV miniseries Larry McMurtry's Streets of Laredo (1995) and a minor role in the big budget Deep Impact (1998). He was also one of the directors of the TV series Space 2063 (1995), as well as the director of the initial episode ("Welcome to the Hellmouth") that launched the hit TV series Buffy contre les vampires (1997). Since the mid-1990s, Smith has increasingly focused on his work behind the camera. He directed the feature film Air Bud - Buddy star des paniers (1997) (Disney), and two TV miniseries for Hallmark Entertainment, Roughing It (2002) and Icône (2005). He also wrote and directed the feature film, The Snow Walker (2003), for Lion's Gate Films, based on a story by Farley Mowat (Un homme parmi les loups (1983)), which marked a return to the Arctic for Smith. He then wrote and directed the feature film Stone of Destiny (2008), for Infinity Features and Odeon Sky, the true story of four young Scottish students who broke into Westminster Abbey in London to take back a sacred Scottish relic. The film stars Charlie Cox, Kate Mara and Robert Carlyle, and was nominated for Best Picture by the Scottish BAFTAS. He now resides in Canada and continues to add to production, directing, acting, and writing credits in a career that has spanned over 35 years.His next film, L'incroyable histoire de Winter le dauphin (2011), for Alcon (The Blind Side (2009)) and Warner Brothers, which he also wrote and directed, stars Harry Connick Jr., Ashley Judd, Morgan Freeman, and Winter, the dolphin, who plays herself in the film. The movie is scheduled to be released Sept. 23, 2011 by WB. - IMDb Mini Biography By: Tony Fontana <tony.fontana@spacebbs.com>

Amazon Video has the most number of Charles Martin Smith’s flixes, followed by Vudu compared to other streaming platforms. See the full graph below.

On average the IMDB score of the movies that Charles Martin Smith has worked on is 6.5.

During the era of Prohibition in the United States, Federal Agent Eliot Ness sets out to stop ruthless Chicago gangster Al Capone and, because of rampant corruption, assembles a small, hand-picked team to help him.

Dominic Da Vinci, former Coroner and Police Officer in Vancouver, BC, starts his first term as the newly elected mayor of Vancouver.

A government researcher, sent to research the "menace" of wolves in the north, learns about the true beneficial and positive nature of the species.

A Canadian-produced anthology series scripted by famed science-fiction author Ray Bradbury. Many of the teleplays were based upon Bradbury's novels and short stories.

A couple of high school grads spend one final night cruising the strip with their buddies before they go off to college.

A pilot and his passenger struggle for survival after crashing in the Arctic tundra.

Captain Woodrow Call, now retired from the Rangers, is a bounty hunter. He is hired by an eastern rail baron to track down Joey Garza, a new kind of killer, only a boy, who kills from a ...

The story of the life and career of the early rock and roll singer, from his meteoric rise to stardom, to his marriage and untimely death.