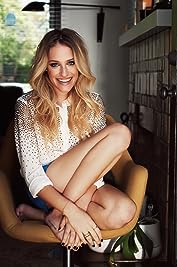 Carly Hannah Chaikin (born March 26, 1990) is an American actress. She began acting in 2009 and received her breakout role two years later, co-starring as Dalia Royce in the ABC sitcom Suburgatory. She played the role until the series' cancellation in 2014, and one year later began playing the role of Darlene in the critically acclaimed USA Network television drama Mr. Robot.Chaikin was born in Santa Monica, California, to a cardiologist father and a physiotherapist mother. She was raised Jewish. She went to The Archer School for Girls, a high school in Los Angeles. During this time she played a variety of sports, including volleyball, softball, basketball, and soccer.In 2009, Chaikin landed the role of Veronica in the film The Consultants, released December 4, 2010 in the US. The same year, Chaikin starred alongside Miley Cyrus in the film adaptation of Nicholas Sparks' The Last Song, initially released in the US on March 31, 2010. She played the role of Blaze, the antagonist of the film, a rebel that stirs up trouble for Ronnie, played by Cyrus.In 2011, Chaikin was cast as Dalia Oprah Royce in the ABC sitcom Suburgatory alongside Jeremy Sisto and Cheryl Hines. Chaikin's character, Dalia, was the mean girl to Jane Levy's Tessa, Her performance received universal acclaim; she quickly became a fan favorite and her performance a popular highlight of the show. Chaikin originally auditioned for the role of Tessa. Chaikin wrote a series of articles as her character, Dalia, for the magazine, Parade. As her character, Dalia, she shot a music video called "You Missed A Spot." In 2013, Chaikin was nominated for the Critics' Choice Television Award for Best Supporting Actress in a Comedy Series for her role in Suburgatory and was discussed as a potential Emmy nomination. The series ended its run on May 14, 2014.Chaikin appeared in the 2012 independent film My Uncle Rafael starring John Michael Higgins. In addition to acting, Chaikin is a writer and producer of short films, including Happy Fucking Birthday, and Nowhere to Go, which was honored at the First Glance Film Festival in 2013.In 2014, Chaikin was cast in the USA Network TV series, Mr. Robot, starring Rami Malek ("Elliot") and Christian Slater ("Mr. Robot"). She plays the programmer Darlene, part of the fsociety group which writes malicious rootkit code. At the 2015 SXSW film festival, the show won the Audience Award for Episodic TV shows. Mr. Robot was picked up for a second season. Mr. Robot has received widespread critical acclaim. Chaikin auditioned for the roles of both Angela and Darlene. She said that it was a great pilot and that the bad-ass nature of the character really appealed to her.In 2015, Chaikin guest-starred on Marc Maron's TV show, Maron, as Tina, a college teaching assistant whom Marc's friend (played by Adam Goldberg) has slept with. - IMDb Mini Biography By: ahmetkozan

Amazon Video has the most number of Carly Chaikin’s flixes, followed by Vudu compared to other streaming platforms. See the full graph below.

On average the IMDB score of the movies that Carly Chaikin has worked on is 7.1.

Tessa Altman is used to the big city but when her dad moves her away, she has to adapt to her new suburban life in Chatswin.

A childless, single, broke, stoner attempts to salvage her failing business and love life while falling in love for the first time with a married man.