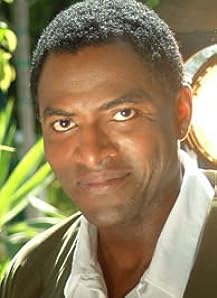 Amazon Video has the most number of Carl Lumbly’s flixes, followed by Google Play Movies compared to other streaming platforms. See the full graph below.

On average the IMDB score of the movies that Carl Lumbly has worked on is 6.8.

A continuation of the Justice League animated series finds the original members of the team joined in their battle against crime and evil by dozens of other heroes from the DC comics universe.

Seven of the most formidable heroes form arguably the most powerful team ever.

Sydney Bristow (Jennifer Garner) is an international spy recruited out of college, trained for espionage and self-defense.

Musicians, scholars, family and friends reflect on the life of jazzer Miles Davis to reveal the man behind the legend. Full access to Davis' estate provides rare footage and photos, outtakes from recording sessions and new interviews.

Black Panther is the ruler and protector of the African nation of Wakanda. Using technology, wits, and extraordinary fighting ability he must protect his nation from an invasion led by Ulysses Klaw, the man who killed his father.

Biography,Drama,Family
The Color of Friendship (2000)

A white South African girl finds herself in a difficult situation when she is sent to spend a term with a black family in America.

Sarny, a 12-year-old slave girl in the ante-bellum South, faces a relatively hopeless life. Her chief duties at the plantation of Clel Waller are serving at table, spitting tobacco juice on...

Two female police detectives cooperate with each other both in their professions and in their personal lives.