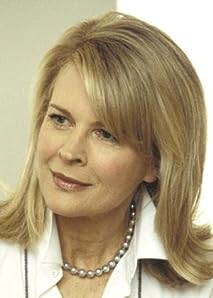 One cool, eternally classy lady, Candice Bergen was elegantly poised for trendy "ice princess" stardom when she first arrived on the '60s screen, but she gradually reshaped that débutante image in the '70s, both on- and off-camera. A staunch, outspoken feminist with a decisive edge, she went on to take a sizable portion of those contradicting qualities to film and, most particularly, to late 1980s TV.The daughter of famed ventriloquist Edgar Bergen and former actress and "Chesterfield Girl" model Frances Bergen (née Westerman), Candice Patricia Bergen was born in Beverly Hills, California, of Swedish, German, and English descent. At the age of six, she made her radio debut on her father's show. She attended Westlake School for Girls in Los Angeles, the Cathedral School in Washington D.C. and then went abroad to the Montesano (finishing) School in Switzerland. Although she began taking art history and creative drawing at the University of Pennsylvania, she did not complete her studies.In between she also worked as a Ford model in order to buy cameras for her new passion--photography. Her Grace Kelly-like glacial beauty deemed her an ideal candidate for Ivy League patrician roles, and Candice made an auspicious film debut while still a college student portraying the Vassar-styled lesbian member of Sidney Lumet's A csoport (1966) in an ensemble that included the debuts of other lovely up-and-comers including Kathleen Widdoes, Carrie Nye, Joan Hackett and Joanna Pettet.Film offers started coming her way, both here and abroad (spurred by her love for travel). Other than her top-notch roles as the co-ed who comes between Jack Nicholson and Art Garfunkel in Testi kapcsolatok (1971) and her prim American lady kidnapped by Moroccan sheik Sean Connery in Szél és az oroszlán (1975), her performances were deemed a bit too aloof to really stand out among the crowd. During this time, she found a passionate second career as a photographer and photojournalist. A number of her works went on to appear in an assortment of magazines including Life, Playboy and Esquire.Most of Candice's 1970s films were dismissible and unworthy of her talents, including the campus comedy Fejjel a falnak (1970) opposite the hip counterculture star of the era -- Elliott Gould; the disturbingly violent A kék katona (1970); the epic-sized bomb Szerencsevadászok (1970); Egy lány Chicagóban (1971); Lóverseny winchesterre és musztángokra (1975); A dominó elv (1977), Lina Wertmüller's long-winded and notoriously long-titled Italian drama Világvége közös ágyunkban (1978); and the inferior sequel to the huge box-office soaper Love Story (1970), entitled Oliver története (1978) alongside original star Ryan O'Neal. Things picked up toward the second half of the decade, however, when the seemingly humorless Candice made a clever swipe at comedy. She made history as the first female guest host of Saturday Night Live (1975) and then showed an equally amusing side of her in the dramedy Egy elvált férfi ballépései (1979) as Burt Reynolds' tone-deaf ex-wife, enjoying a "best supporting actress" Oscar nomination in the process. She and Jacqueline Bisset also worked well as a team in George Cukor's Gazdagok és híresek (1981), in which her mother Frances could be glimpsed in a Malibu party scene.Candice made her Broadway debut in 1985 replacing Sigourney Weaver in David Rabe's black comedy "Hurlyburly". In 1980 Candice married Louis Malle, the older (by 14 years) French director. They had one child, Chloe. In the late 1980s, Candice hit a new career plateau on comedy television as the spiky title role on Murphy Brown (1988), giving great gripe as the cynical and competitive anchor/reporter of a TV magazine show. With a superlative supporting cast around her, the CBS sitcom went the distance (ten seasons) and earned Candice a whopping five Emmys and two Golden Globe awards. TV-movie roles also came her way as a result with colorful roles ranging from the evil Arthurian temptress "Morgan Le Fey" to an elite, high-classed madam -- all many moons away from her initial white-gloved debs of the late 60s.Husband Malle's illness and subsequent death from cancer in 1995 resulted in Candice maintaining a low profile for an extended period. In time, however, she married a second time (since 2000) to Manhattan real estate developer Marshall Rose and returned to acting with a renewed vigor (or vinegar), with many of her characters enjoyable extensions of her sardonic "Murphy Brown" character. As for TV, she joined the 2005 cast of Jogi játszmák (2004) playing a brash, no-nonsense lawyer while trading barbs with a much less serious William Shatner, earning an Emmy nomination in the process. In 2018, Candice revisited her Murphy Brown character in a revised series form with many of the cast back on board. The show, however, was cancelled after only one season.Candice also ventured into the romantic comedy film genre with a spray of crisp supports -- sometimes as a confidante, sometimes as a villain. Such films include Beépített szépség (2000), Mindenütt nő (2002), Apósok akcióban (2003), Szex és New York (2008), Nők (2008), A csajok háborúja (2009), Kellemetlen karácsonyi ünnepeket (2014), Kivétel és szabály (2016), The Meyerowitz Stories (New and Selected) (2017), Újra otthon (2017) and Könyvklub (2018). - IMDb Mini Biography By: Gary Brumburgh / gr-home@pacbell.net

Amazon Video has the most number of Candice Bergen’s flixes, followed by Vudu compared to other streaming platforms. See the full graph below.

On average the IMDB score of the movies that Candice Bergen has worked on is 6.6.

Boston Legal is a spin-off of the long-running David E. Kelley series The Practice (1997), following the exploits of former Practice character Alan Shore (James Spader) at the legal firm of Crane, Poole, and Schmidt.

From PBS: At the end of WWII the Allies declared the Nazi party a criminal organization, and pledged to prosecute and punish the architects and triggermen of genocide. It was an ambitious ...

Documentary
Inequality for All (2013)

A documentary that follows former U.S. Labor Secretary Robert Reich as he looks to raise awareness of the country's widening economic gap.

The love that develops between a mentally challenged young man and the older, lonely widow who takes him under her wing.

Chronicling the lifelong sexual development of two men who meet and befriend one another in college.

After a cavalry patrol is ambushed by the Cheyenne, the two survivors, a soldier and a woman, must reach the safety of the nearest fort.

The personal and professional misadventures of an opinionated but beloved woman working as a television journalist.

Action,Adventure,Drama
The Wind and the Lion (1975)

In early twentieth century Morocco, a Sharif kidnaps an American woman and her children, forcing President Theodore Roosevelt to send in forces to conduct a rescue mission.