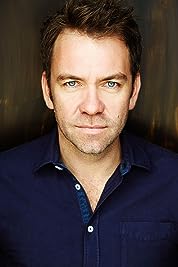 Australian actor Brendan Cowell was raised in the beach side suburb of Cronulla by parents Yvonne and Bruce. His older sisters, both singers and dancers, encouraging Brendan to create his own shows to perform after dinner in front of the family. At age 8, he was cast in a TV commercial while awaiting one of his sisters to come out of a dance rehearsal. He worked in television drama during his teens, before getting his BA in Communication, Theatre and Media from Charles Sturt University, Bathurst in 1998. He continued to work in film, theatre and television as an actor, but then began writing his own plays in the late 1990's to immediate success. Brendan was the recipient of the 2003 Griffin Playwright award for most outstanding new work in a given year, and his play 'Bed' earned him a share of the 2001 Patrick White Playwrights award, the richest playwriting award in Australia for new talent. Brendan ran Wharf2Loud at the Sydney Theatre Company for two years, a company later succeeded by Cate Blanchett. Brendan's next foray into television saw him writing for the SBS TV satire 'Life Support', of which he played Todd the Toolman, and the widely acclaimed 'Love My Way', which he played Tom Jackson, and wrote several episodes. Brendan acted in a number of Australian films, including Matthew Saville's 'Noise', and the war epic 'Beneath Hill 60', later directing the film adaptation of his most successful play 'Ruben Guthrie', which opened the Sydney Film Festival in 2015 and played at the London BFI the following year. After the overseas success of the ABC TV adaptation of 'The Slap' a single series drama which Brendan wrote and acted in, winning the AFI for best screenplay in TV in a given year - Brendan boldly moved to London in 2016, where he achieved immediate success on stage with the Simon Stone directed 'Yerma' starring Billie Piper, at which Joe Wright, the well-renowned film maker (Atonement), spotted him for the lead role in the Young Vic production of 'Life of Galileo' which played to full houses and featured the music of The Chemical Brothers. Brendan has also starred in season 7 of 'Game of Thrones' since his move to the UK, enjoying a small role in 'A Current War' next to Michael Shannon, and 'Press', a TV series about the tabloids for BBC 1, before he heads off to Broadway with 'Yerma' in 2018. Brendan has two original TV scripts in development with UK producers and networks and a new stage play for England called 'London Bridge'. He is single, 41, and has no pets. - IMDb Mini Biography By: @modern_convict

Amazon Video has the most number of Brendan Cowell’s flixes, followed by Amazon Prime Video compared to other streaming platforms. See the full graph below.

On average the IMDB score of the movies that Brendan Cowell has worked on is 6.6.

Documentary,Sport
The Test: A New Era for Australia's Team (2020)

The Australian Mens Cricket Team has been rocked by a cheating scandal, and now they must rebuild their culture and reclaim their status as the world's number one side.

A story about a group of thirty-somethings dealing with the ups and downs of life.

The Ashes is the pinnacle of world cricket with two old enemies, Australia and England, going head to head. This series is the story of World Series Cricket and its creator, Australian ...

Press is set in the world of newspapers - its past riven by hacking scandals, its present at the mercy of the digital age and the 24 hour news cycle, its future uncertain.

In 1916, the 1st Australian Tunnelling Company is tunneling beneath German fortifications and bunkers to detonate massive explosive charges.

The community reels after an incident on a suburban train. A young cop, beset with doubt and afflicted with tinnitus, is pitched into the chaos that follows this tragic event. He struggles ...

A disgraced sports star and gambling addict attempts to turn his life around with the support of his number one fan.

A unique story about Australian car racing legend Peter Brock. He was the man that started the whole Holden vs Ford rivalry in the early 70's. This story takes a look at his colourful life....